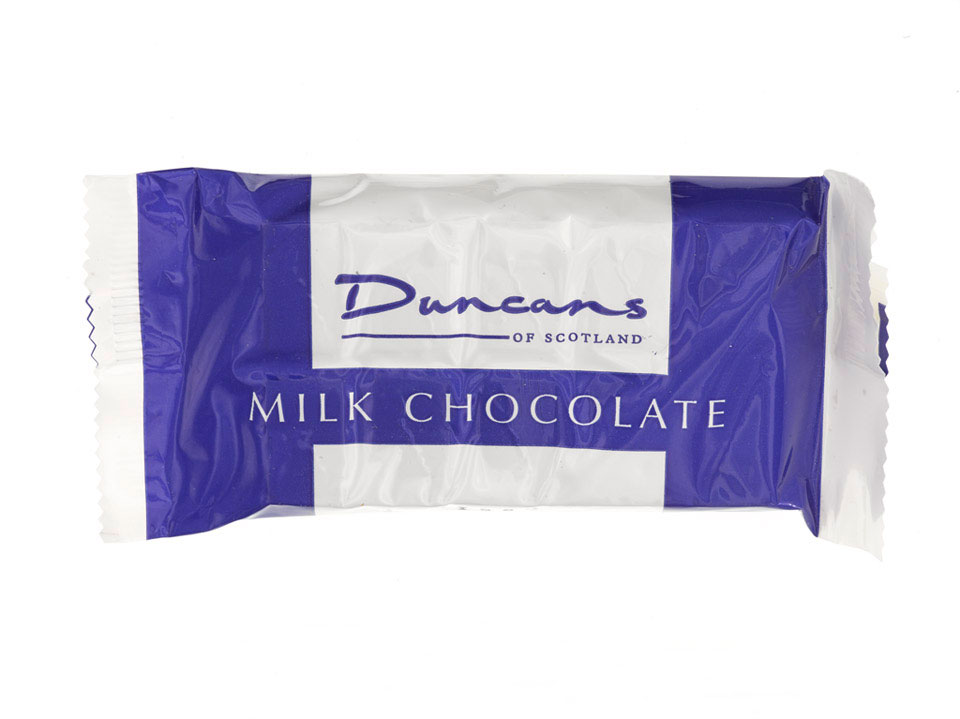 Wrapped milk chocolate bar made by Duncans of Scotland, stamped '1478'.

From an incomplete 24 hour ration pack contained in an open cardboard box and stamped on the outside '24 Hour Ration/ Menu H3'. H3 designates a halal ration pack, though all the meat elements of this pack are absent.

Duncans of Scotland was a Scottish confectioner founded in Dundee in 1861. Its most famous product was the Walnut Whip which is now manufactured by Nestlé Rowntree's after Rowntree Mackintosh acquired the business in 1947.

From 1991 Duncans of Scotland supplied around four million chocolate bars a year to the British Army for their ration packs. A contract that was worth £700,000 annually. After losing this lucrative MOD contract to Nestlé, the company went into liquidation in 2003.