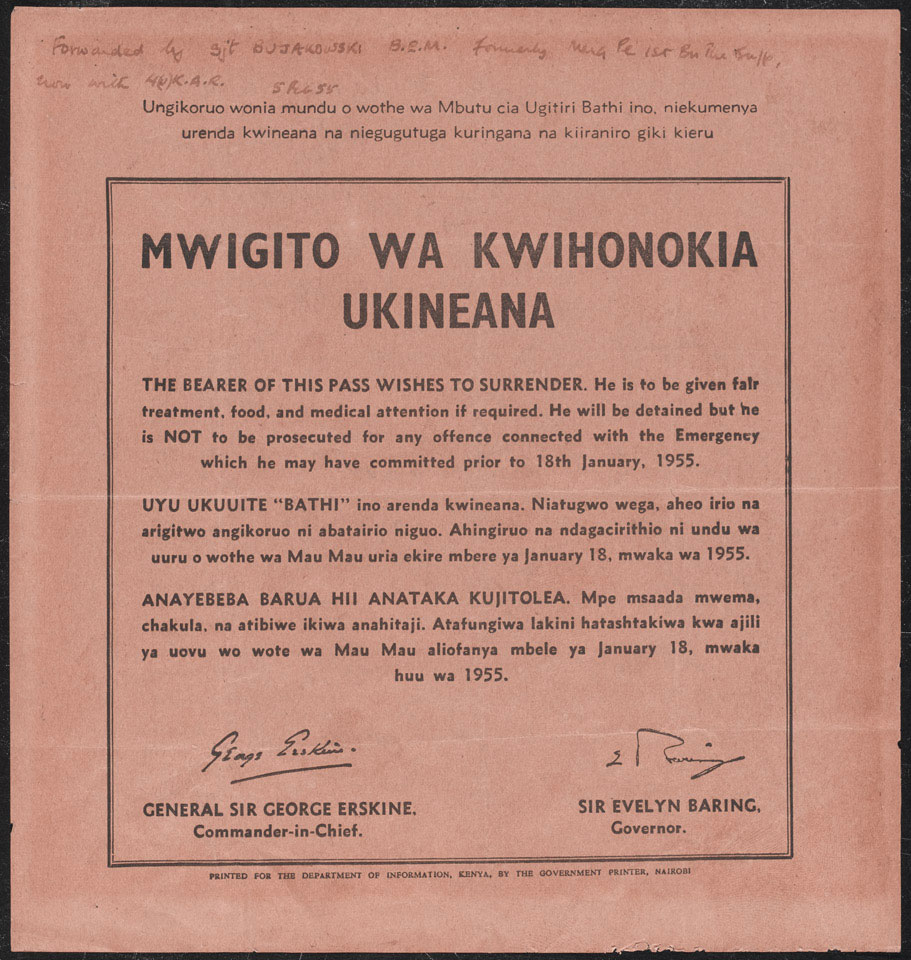 Copies of this safe conduct pass led to around 300 rebels surrendering, but many more were murdered by Mau Mau chiefs if they were found in possession of the leaflet. It is signed by General Sir George Erskine, the Commander-in-Chief, and by Sir Evelyn Baring, the Governor. The text is in English, Gikuyu and Swahili and states:

'The bearer of this pass wishes to surrender. He is to be given fair treatment, food, and medical attention if needed. He will be detained but he is not to be prosecuted for any offences connected with the Emergency which he may have committed prior to 18 January 1955.'