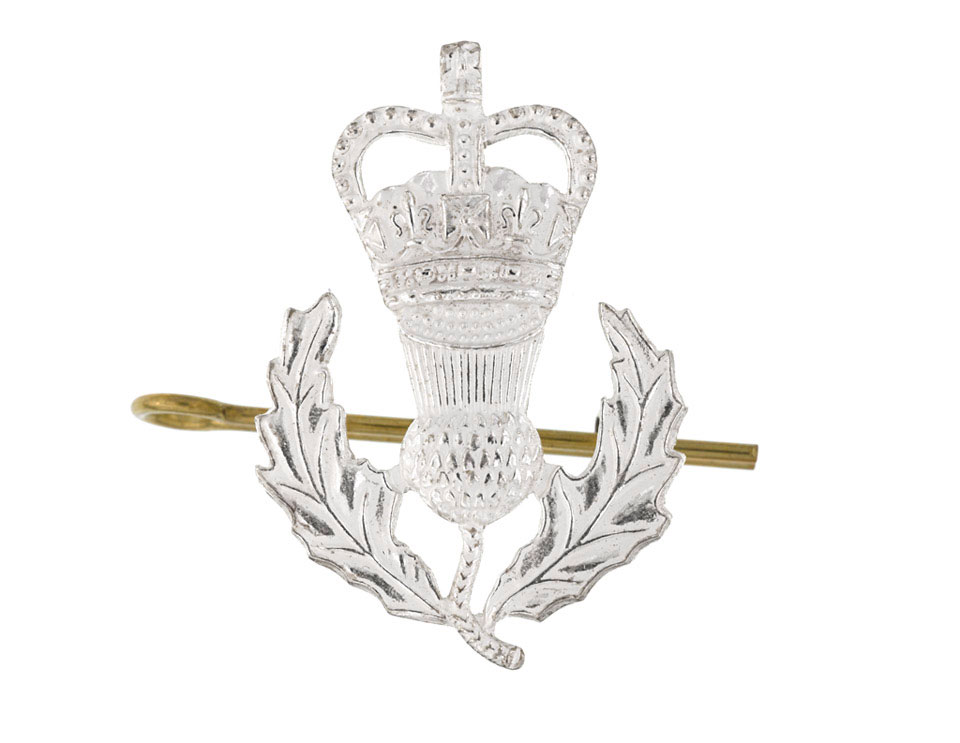 Cap badge, The Queen's Own Highlanders (Seaforth and Camerons), 1961 (c)

This unit was formed in 1961 by amalgamating The Seaforth Highlanders and The Queen's Own Cameron Highlanders. It served with the British Army until 1994 when it became part of The Highlanders (Seaforth, Gordons and Camerons).

The badge includes a Queen's Crown and Scottish thistle, flanked by a spray of leaves, above a stag. Below this is the mottto 'Cuidich 'n Righ' (Help the King).