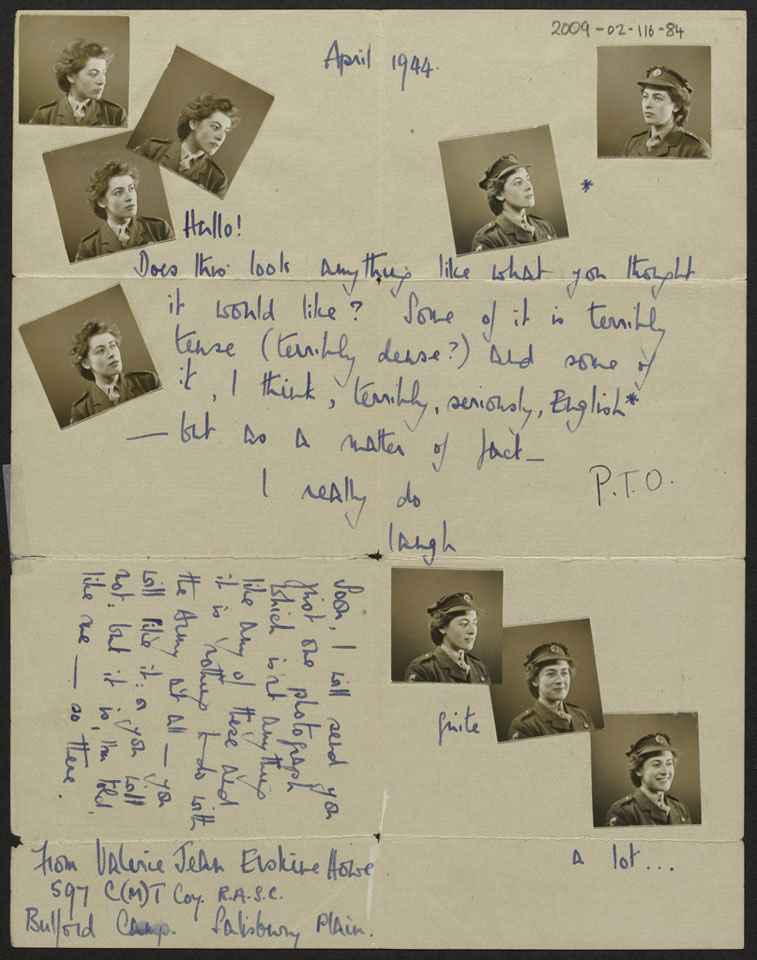 Valerie Erskine Howe (1920-2003) was from Uckfield Sussex. During the Second World War (1939-1945) she was a member of the Auxiliary Territorial Service. She had met her sweetheart Major Anthony Ryshworth-Hill (1914-1984) of the South Lancashire Regiment in Oxford.

In April 1944, Valerie sent him the first of many witty letters covered with her photograph. She wrote 'Soon, I will send you just one photograph which isn't anything like any of these and it is nothing to do with the Army at all - you will like it: or you will not: but it is, I'm told, like me - so there'.

From a collection of letters sent by Valerie Ryshworth-Hill (nee Erskine Howe), to Lieutenant-Colonel Anthony Ryshworth-Hill, while serving in the ATS, 1942-1945.