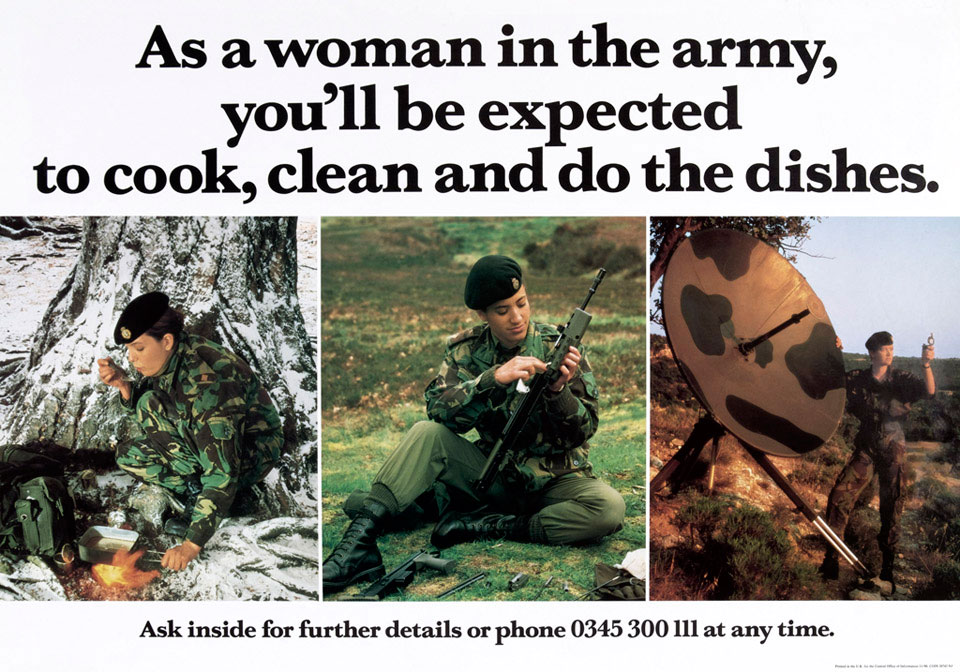 'As a woman in the army, you'll be expected to cook, clean and do the dishes', recruitment poster, 1990

The opportunities given to women in the British Army have changed in the last 100 years. Whereas they were originally confined to support roles, they are now able to do virtually all of the jobs.

Recruitment posters like this highlighted these changes and mocked previous, out-dated stereotypes of women's roles in the army. It was an attempt to attract more women to join by showing them the reality of what they could do in the army. But it was not until 2015 that the first woman commanded an operational brigade, and it was only in July 2016 that the ban on women serving in close-combat units was lifted.