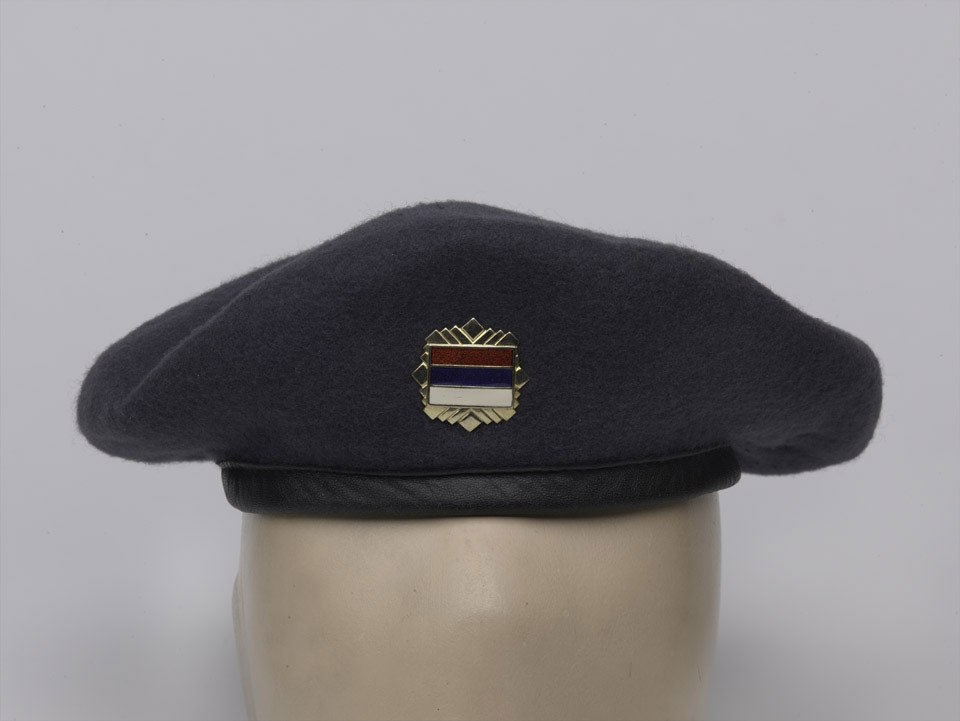 During the late 1990s the Kosovo Liberation Army (KLA) waged a campaign of separatist violence against the Yugoslav security forces and ethnic Serbs from Kosovo which precipitated a Yugoslav military crackdown. The latter operation caused the displacement of thousands of ethnic Albanians, which in turn led to the Kosovo War (1998-1999) and military intervention by The North Atlantic Treaty Organisation (NATO).

This beret was found by British troops serving with NATO in Pristina, Kosovo, after Yugoslavian forces had withdrawn during the summer of 1999.