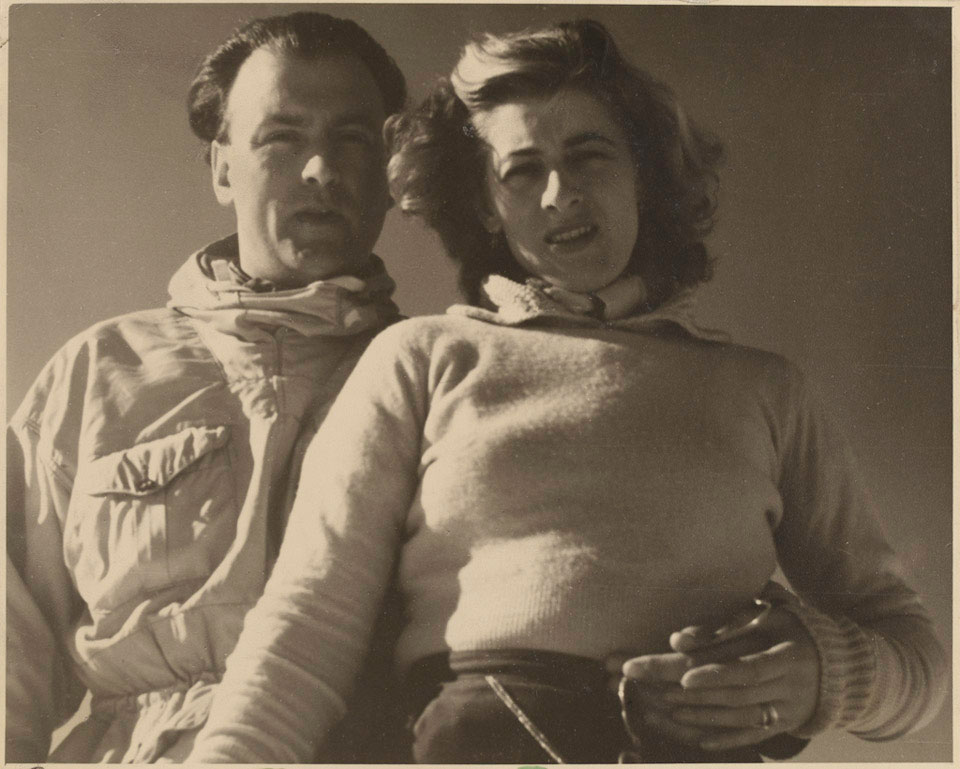 Lieutenant-Colonel Anthony Ryshworth-Hill (1914-84) of the South Lancashire Regiment met his sweetheart Valerie Erskine Howe (1920-2003) in Oxford. During World War Two (1939-45) she was a member of the Auxiliary Territorial Service, and the couple corresponded via a series of letters.

The couple married in Hampshire in 1945. Anthony then served as Director of the British Army Ski School at Mallnitz from 1947-49. Valerie accompanied him on all of his post-war army duties.

From a photograph album of 513 photographs of Mallnitz, Austria, compiled by Lieutenant-Colonel Anthony Ryshworth-Hill, Director of the British Army Ski School at Mallnitz, 1947-1949.