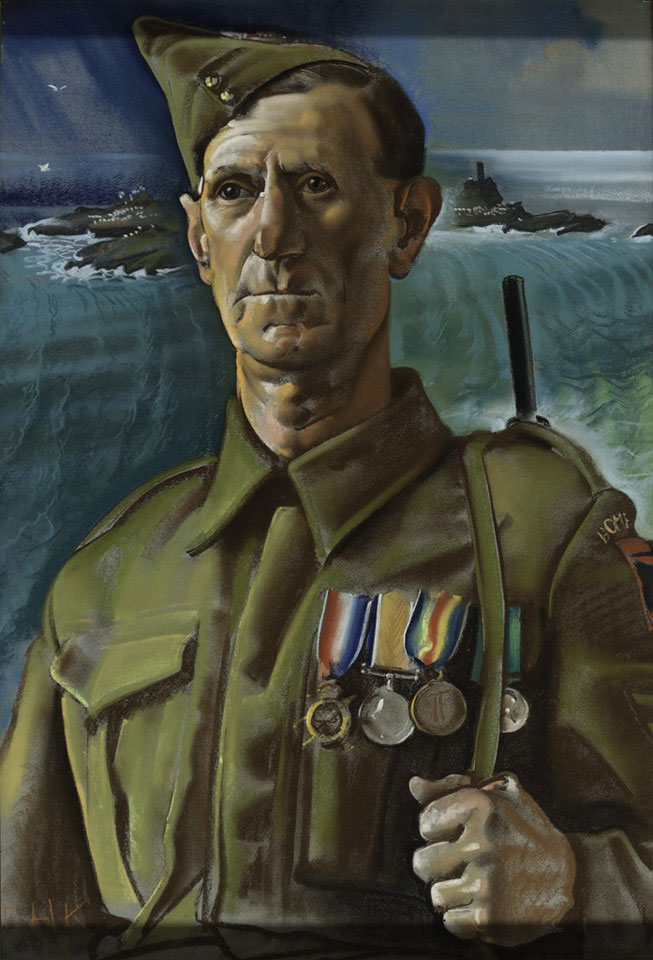 Too old to serve in the army, Edgar Bluett's medals including the 1914 Star, British War medal 1914-20 and Victory Medal indicate that he was a First World War veteran. In a BBC broadcast in 1940, Winston Churchill said of the Home Guard: 'These officers and men, a large proportion of whom have been through the last war, have the strongest desire to attack and come to close quarters with the enemy wherever he may appear'.

Artist Eric Kennington was also a First World War veteran and Home guardsman. He produced this pastel drawing as part of a series for a book by John Brophy entitled 'Britain's Home Guard, A Character Study' published in 1945.

This portrait, and others in the series, show Kennington's sensitivity and admiration in depicting ordinary men and women who served during the war.