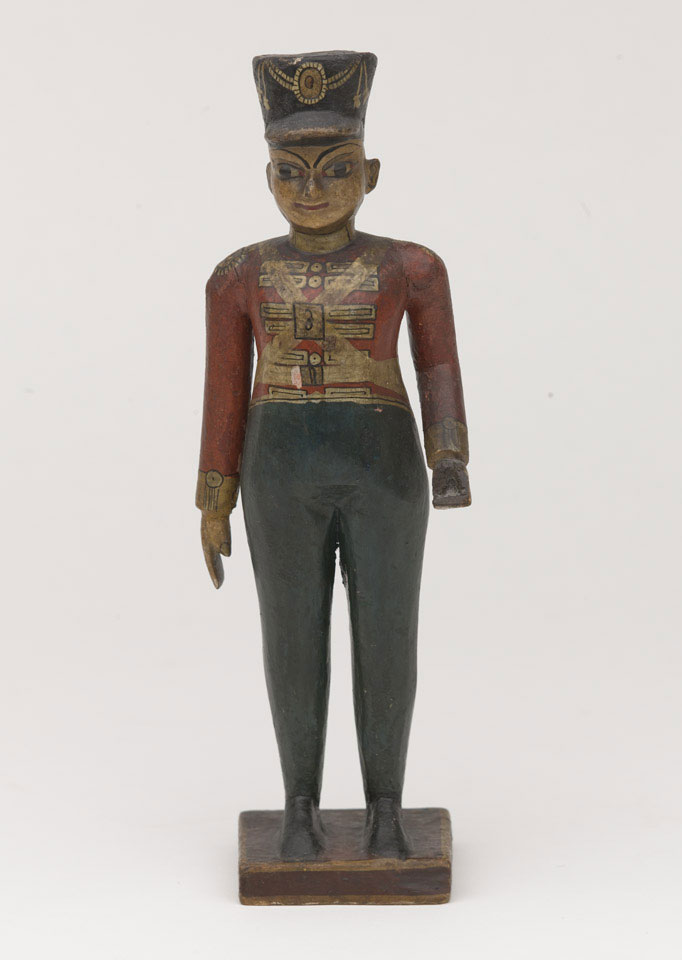 This figure was probably produced by an Indian craftsmen from the region around Hyderabad. The 3rd Madras Europeans were raised by Colonel George Cornish Whitlock in 1854. It fought during the Indian Mutiny (1857-1859), winning the battle honour 'Central India' and fighting at Saugor, Banda and Kirwee. Like all other Company units, it was transferred to the control of the British crown immediately after the uprising.