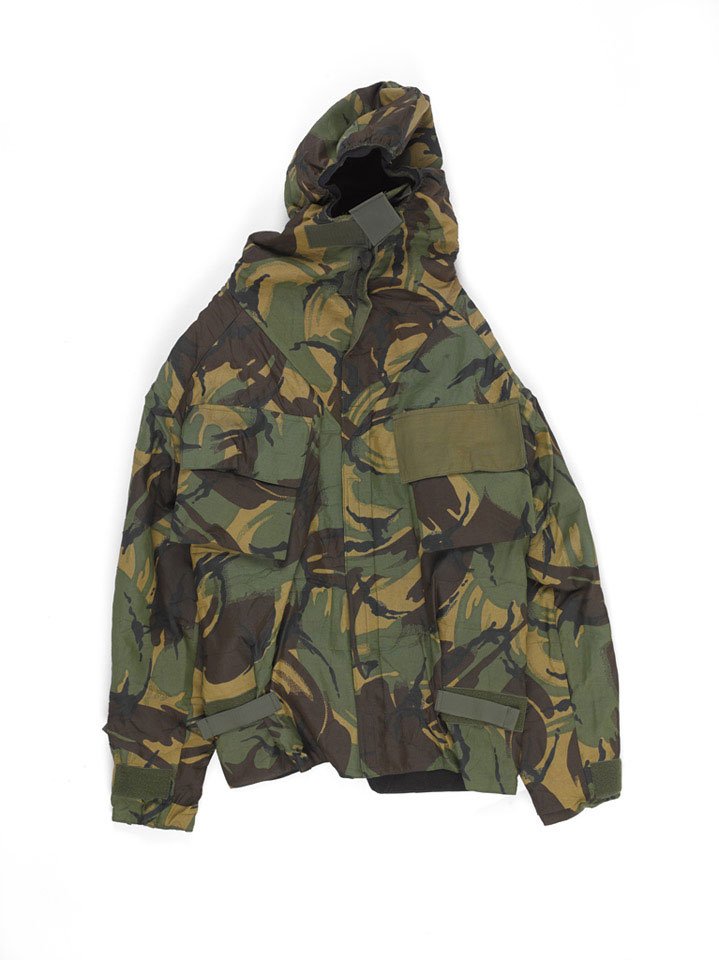 This was part of protective uniform that was nicknamed the 'Noddy suit'. It guarded against NBC attacks and has an interior charcoal lining . It could be worn for days and was comfortable enough to fight in. During the Gulf War (1990-1991), British soldiers repeatedly had to don their NBC suits following alarm warnings of Iraqi chemical attacks.