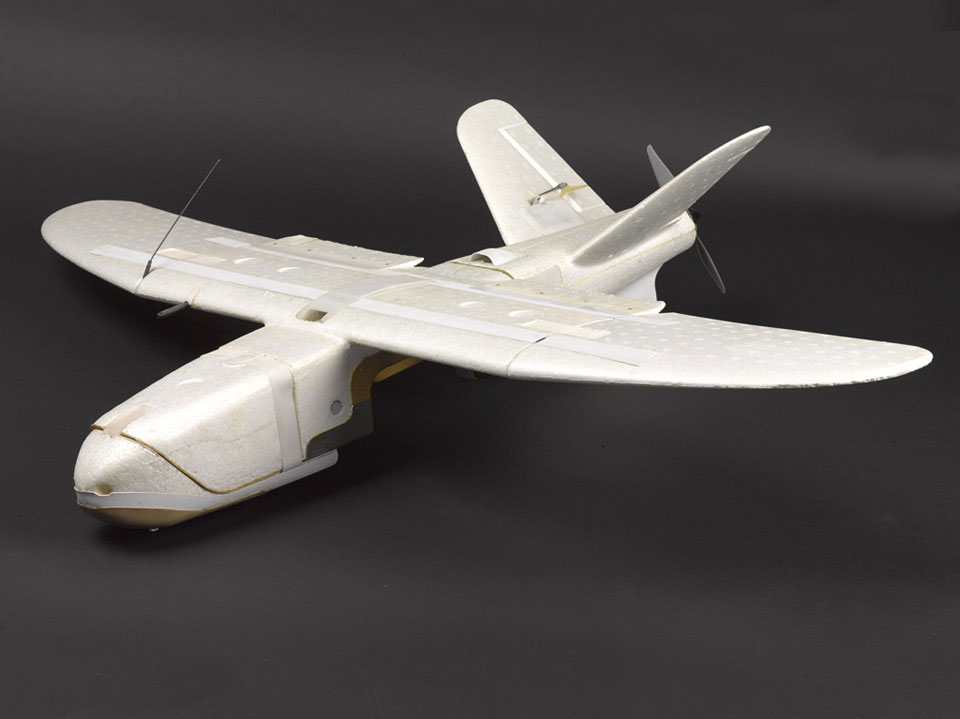 Desert Hawk is a portable UAV surveillance system which provides aerial video reconnaissance and was developed by Lockheed Martin's Skunk Works group. It was originally designed for the United States Air Force. It has a flight time of approximately one hour, and can fly anywhere within a 10 kilometre radius of its ground control station. It has both day and night time (thermal imaging) capability and is launched into the air by two people using a bungee cord as a slingshot.

The craft is monitored using a laptop on the ground but flies automatically. The equipment can be used for a variety of tasks, such as force protection for convoys and patrols, route clearance, base security, reconnaissance or target tracking. It has a maximum speed of 57 miles per hour and a maximum altitude of 500 feet. The UAV can be recovered by a simple belly landing. This example was used by 18 (Quebec 1759) Battery 32nd Regiment Royal Artillery during Operation HERRICK in Afghanistan in 2006. The Desert Hawk III was introduced in 2007 with several improvements.