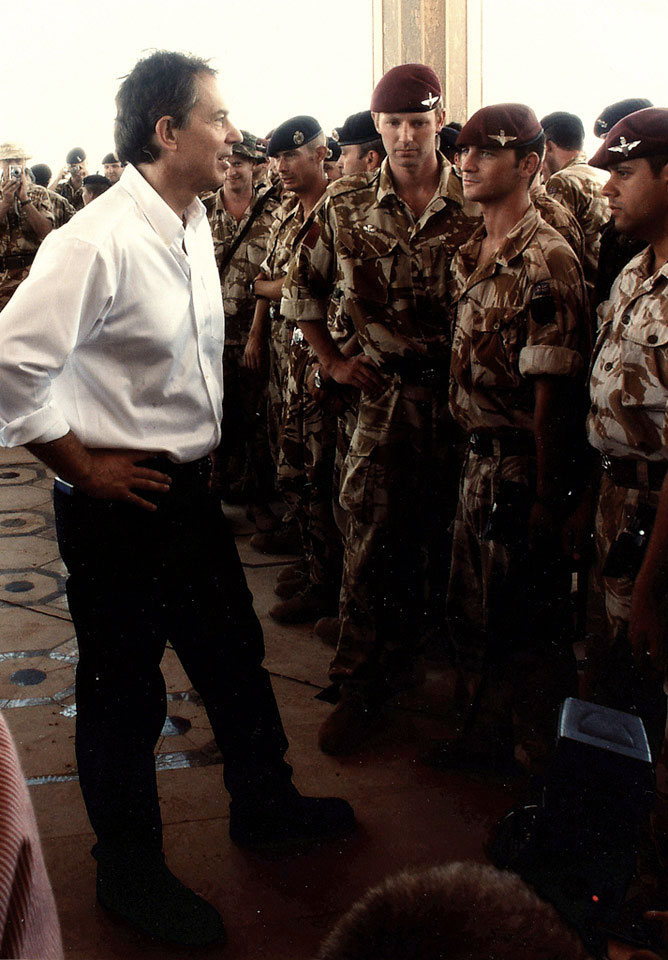 Prime Minister Tony Blair speaking with troops in Basra Palace during his visit to Iraq, May 2003

Tony Blair visited British troops in Iraq on 29 May following their capture of Basra. His trip was billed as a chance to give the prime minister's and the nation's thanks to the British forces there. As well as meeting soldiers in Saddam Hussein's former palace, he held discussions with American and Iraqi administrators and visited several reconstruction projects.