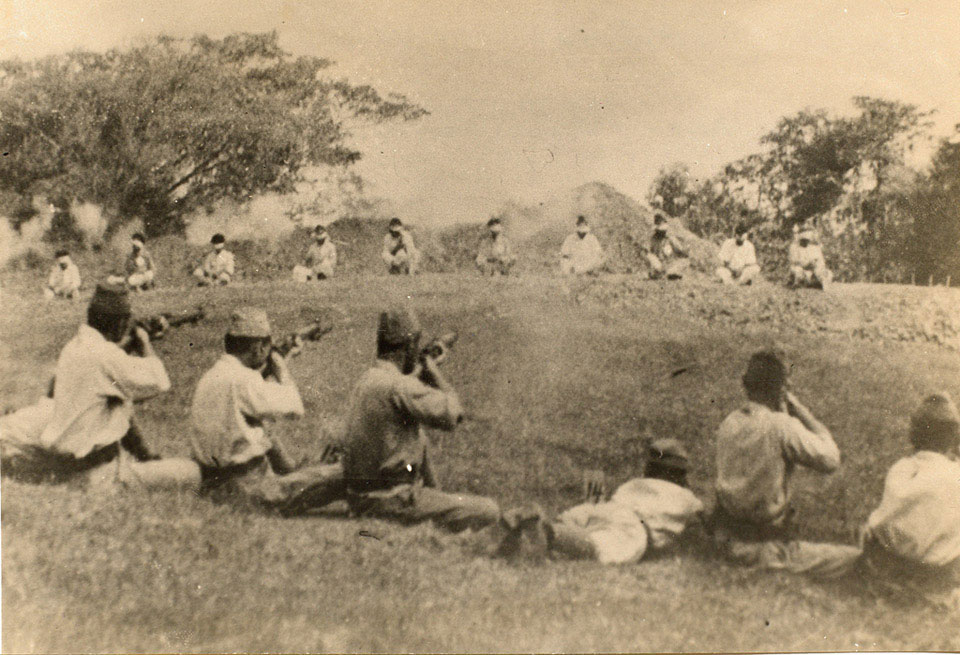 The Japanese conquest of the British colony of Singapore in February 1942 was marked by several atrocities, including the massacre of hundreds of staff and patients at the Alexandra Military Hospital, and the execution of Australian, British and Indian soldiers following the Allied surrender. Thousands of ethic Chinese civilians were also killed during the occupation of the island.

From a collection of 185 photographs of Japanese, Chinese, Indian, British, German and American soldiers, aircraft, aerial photography and ships at sea.