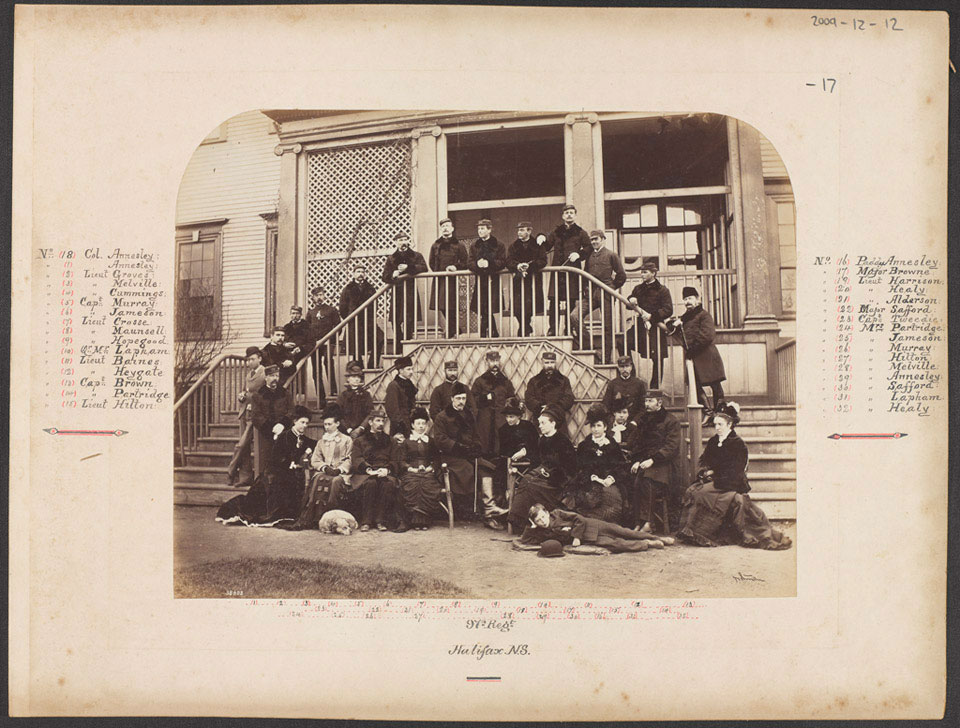 The 97th (Earl of Ulster's) Regiment had arrived on Nova Scotia for garrison duties in 1877. After three years service there, the regiment moved to South Africa, via Gibraltar, and while there amalgamated with the 50th (The Queen's Own) Regiment to form The Queen's Own (Royal West Kent Regiment).