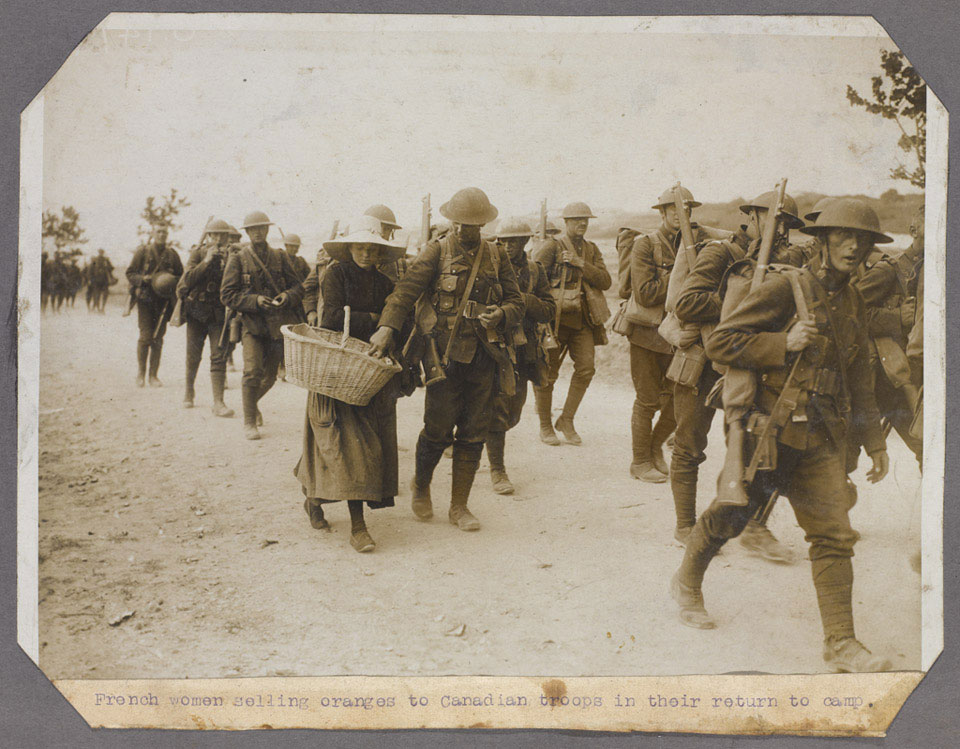 'A Frenchwoman sells oranges to Canadian soldiers returning to camp', 1918

By 1918 the four-division-strong Canadian Corps was regarded by both the Germans and the Allies as one of the best led and most effective military formations on the Western Front.