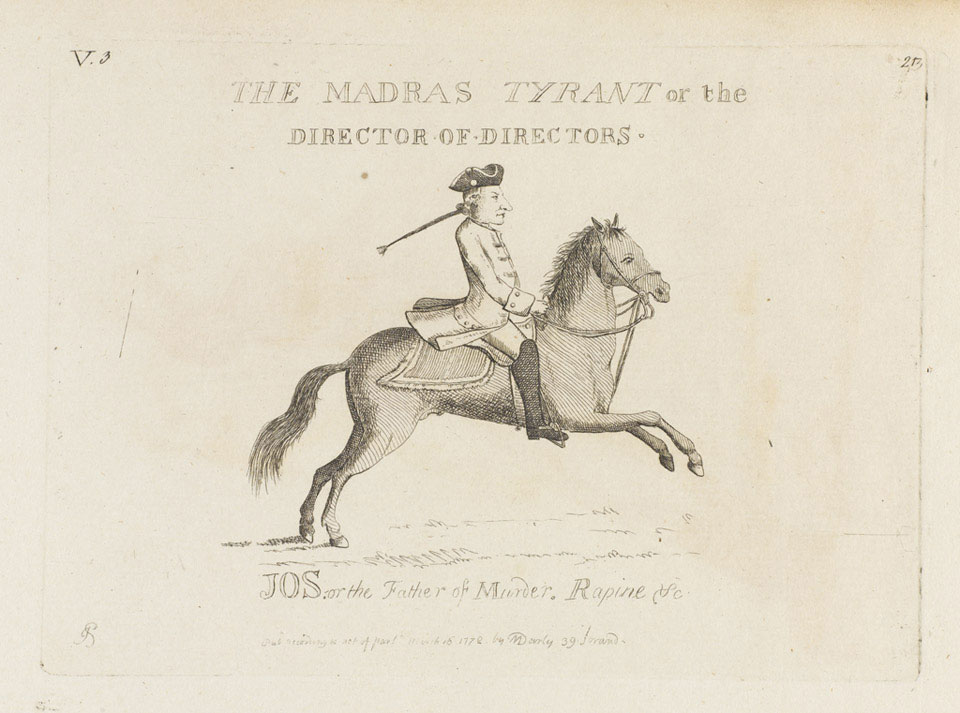 'The Madras Tyrant, or the Director of Directors'

This satire on Robert Clive, 1st Baron of Plassey, was contemporary to the Parliamentary investigation into his accrual of vast wealth whilst an official of the East India Company, and later as Governor General and Commander-in-Chief. Accused of running a corrupt administration, he responded: 'I stand astonished at my own moderation'. Despite a ringing Parliamentary resolution in his favour, a combination of illness and depression probably led him to take his own life on 24 November 1774.