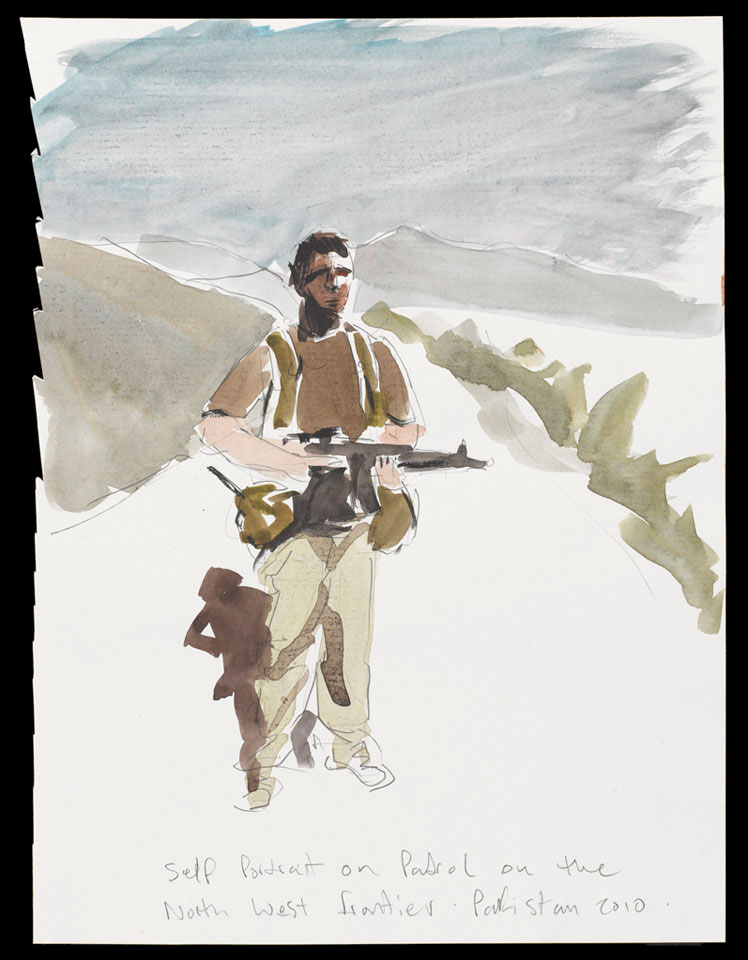 Self portrait on patrol in the North West Frontier, Pakistan, 2010

This work shows the artist standing on a road wearing a t-shirt and combats and holding an assault rifle while patrolling in hilly terrain. The Joint Counter-terrorist Training Advisory Team helped train members of Pakistan's Frontier Corps to counter the activities of al-Qaeda, the Taliban and Pakistani Islamist militants within the Federally Administered Tribal Areas of the North-West Frontier.