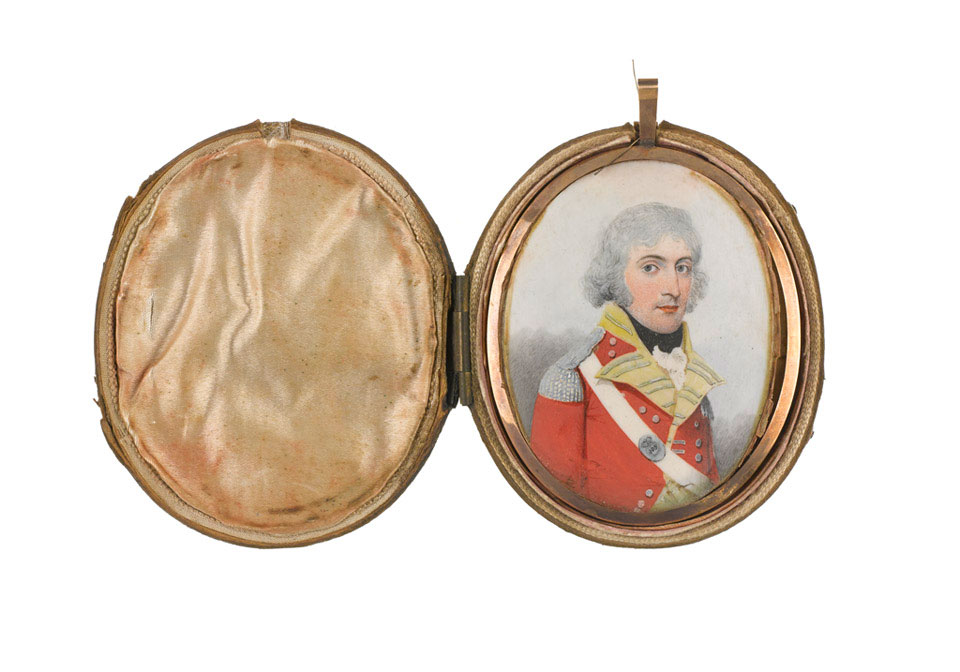 An unidentified officer of the 105th Regiment, a relative of the Spring family, 1795 (c)

Forbes's Regiment of Foot was raised in Leeds in April 1794. It chiefly recruited in Yorkshire and was posted to Dublin in Ireland in September before being numbered the 105th Regiment of Foot in October of that year. After mutinying in Cork in September 1795, the short-lived regiment was disbanded in February 1796.