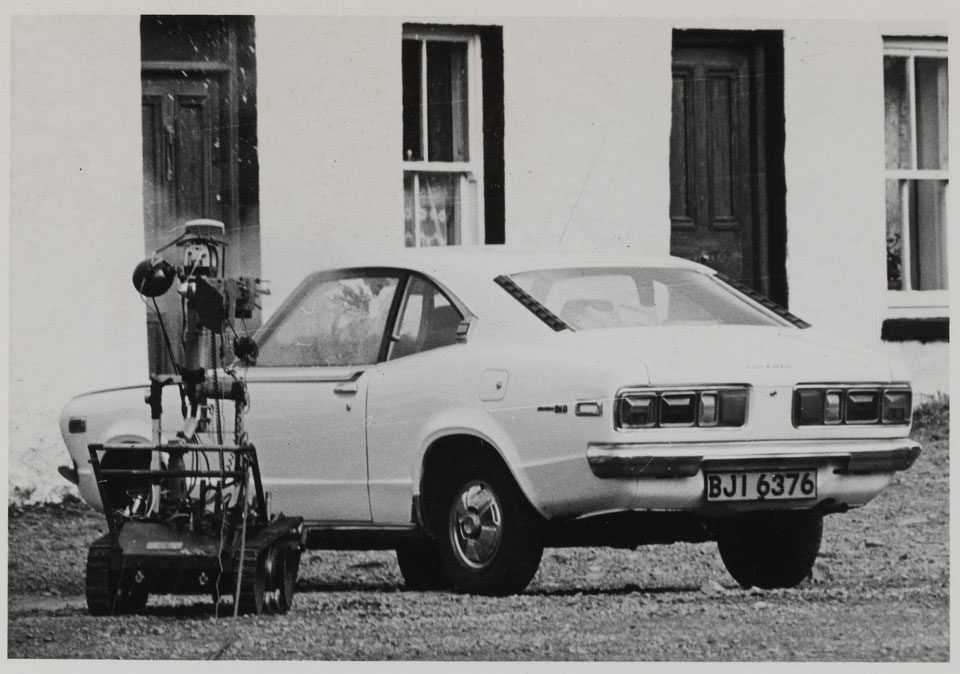 Wheelbarrow used to carry out a controlled explosion of a stolen Datsun, Omagh, 1975

The wheelbarrow pictured was being used by 321 Explosive Ordnance Disposal, Royal Army Ordnance Corps. The device allowed British Army ordnance disposal officers to deal with bombs from a distance. Its closed-circuit television camera enabled the operator to make a close-up reconnaissance of suspect vehicles and devices. The tracks enabled it to negotiate a flight of three or four steps.