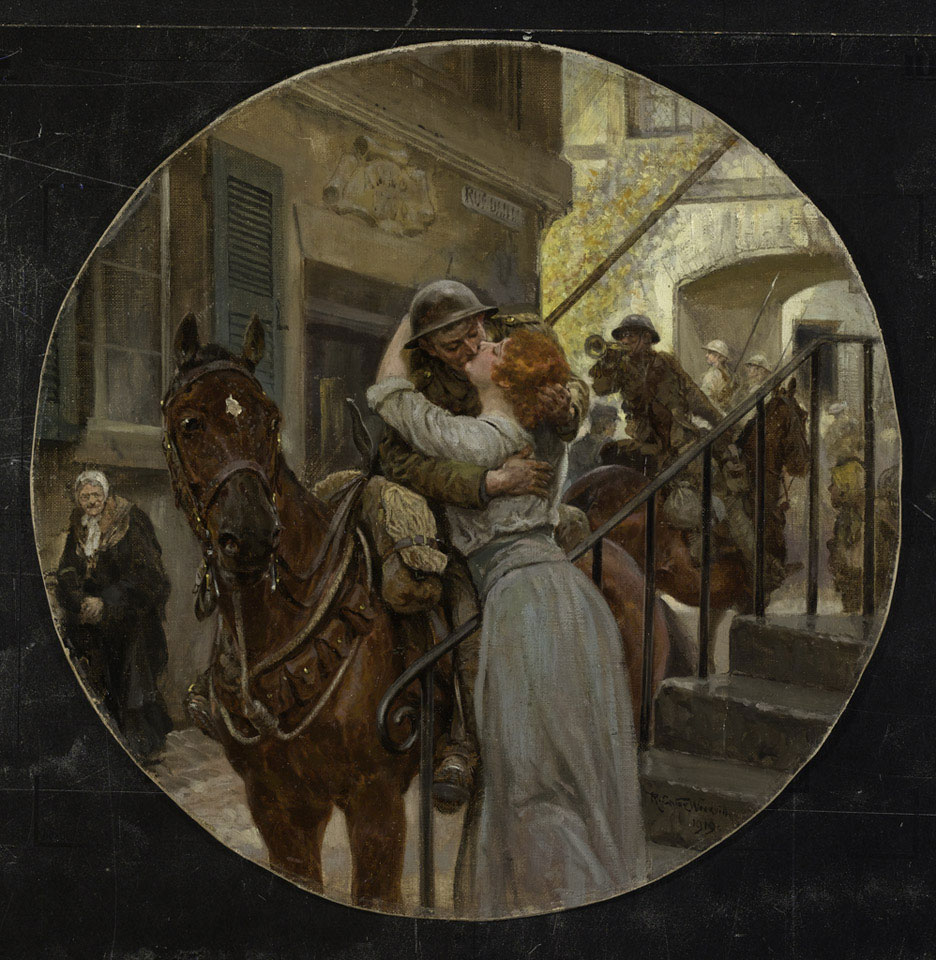 Oil on canvas laid down on board by Richard Caton Woodville, 1919.

The 5th Lancers had arrived in France in August 1914 as part of the British Expeditionary Force's (BEF) 3rd Cavalry Brigade. They were the last cavalry regiment to leave Mons during the BEF's subsequent retreat. After serving throughout the war in many of the main engagements on the Western Front they eventually returned to the Belgian town in November 1918. The last British soldier to die in the war, Private George Ellison, was shot by a sniper a few minutes before the Armistice came into effect as the 5th Lancers advanced into Mons.