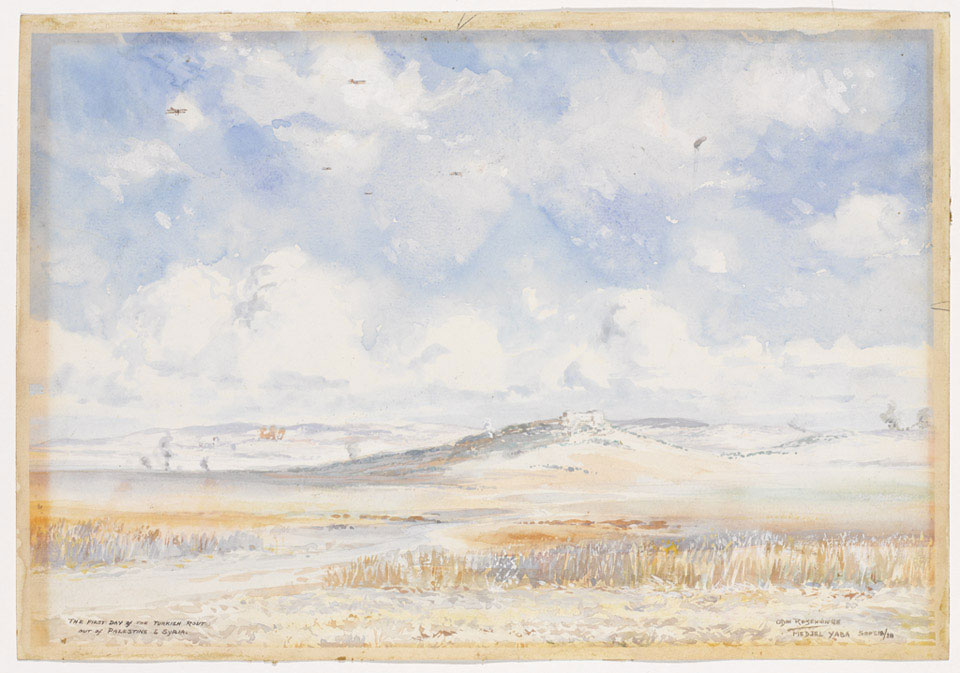 'Medjel Yaba - The First Day of the Turkish rout out of Palestine and Syria', 18 September 1918

The action at Medjel Yaba was a preliminary operation to the Battle of Meggido, which started the following day. This battle was the key Allied victory of the Sinai and Palestine campaign. Achieved with relatively few casualties, it involved a series of skilful manoeuvres and the co-ordinated use of aeroplanes, artillery, infantry and cavalry.

In this watercolour you can see several aircraft in the sky. Waves of British and Australian aircraft supported General Allenby's attacks, bombing and strafing the Ottoman columns as they retreated.