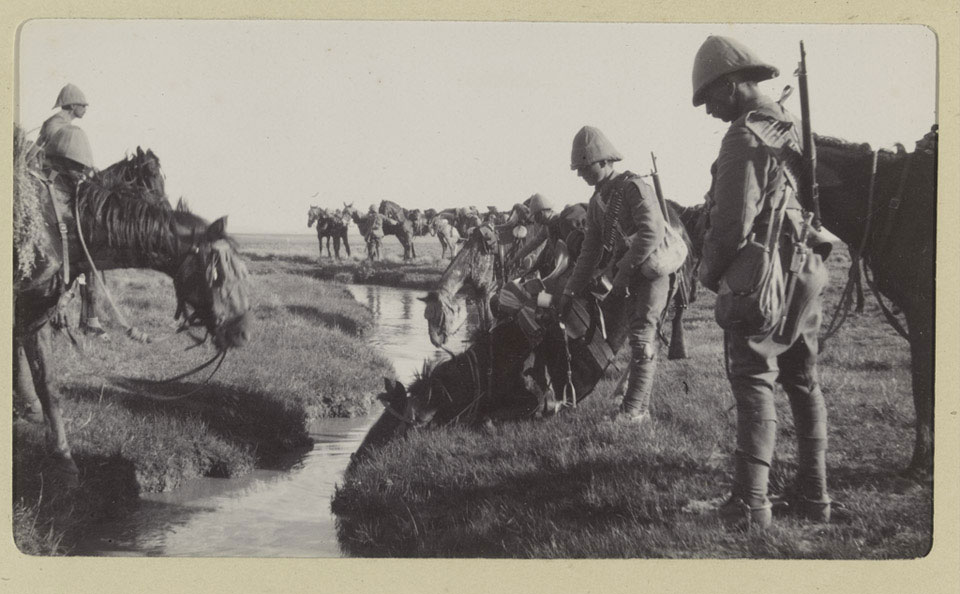 British mounted infantry units emerged during the colonial conflicts of the late 19th century. Foot regiments formed mounted platoons for scouting and skirmishing when serving overseas in Australia, South Africa, Egypt, Sudan and Burma. Many of these were eventually formed into the Imperial Mounted Infantry. The troops travelled great distances on horses but fought on foot with rifles.

The distinction between traditional cavalry and mounted infantry was often blurred. During the Second Afghan War (1878-1880) the 9th Lancers always went into action with their carbines on their backs so they could fight on foot if required. Nevertheless, the real difference between mounted infantry and the cavalry was that while the latter could perform mounted infantry duties, the former could not charge effectively, having neither sword or lance.

Even though the smaller and often hardier ponies used by mounted infantry were generally easier to maintain than the larger cavalry horses, the mounted infantry concept was regarded as less useful in Europe than in colonial warfare, and by 1914 most units had been disbanded.