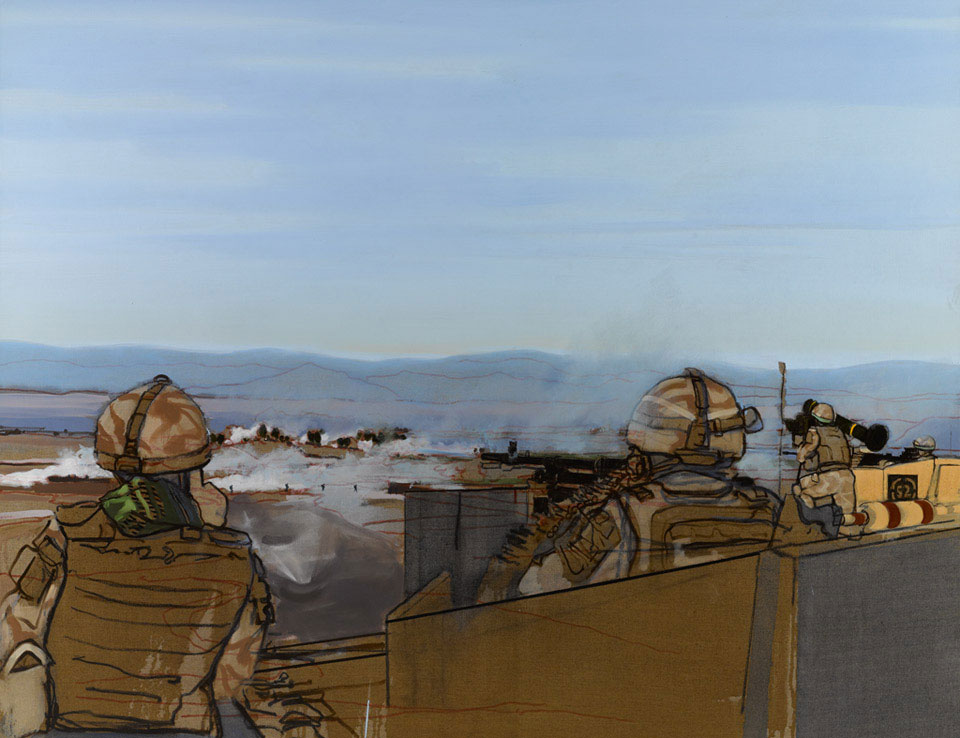 This painting shows the start of a fire-fight between the British Army and Afghan insurgents in 2010, which lasted over three hours. The artist, a civilian, was sent to Helmand by the MOD to draw and paint what he wished, without censorship. One morning while he was staying at a Patrol Base near Musa Qala in the north of the province, a foot patrol went out at dawn to investigate a known insurgent area. The artist took up position with the Household Cavalry Fire Support Group stationed at a vantage point on a hillside overlooking the area, where he made sketches that were later translated into this painting.

The foot patrol of British infantry - identifiable from the shape of the bergens (rucksacks) on their backs - are advancing in the middle distance, just as the Taleban open fire from the cover of a wooded knoll beyond. Here, Regimental Quartermaster Corporal Shaun Fry MC, at centre right, and his men respond with machine gun fire, while on the right a Javelin missile is poised for firing.

Jules George recalled the next three hours as utterly chaotic: 'as we were fired at, we had to duck down inside the vehicle. The back door of the Mastiff (armoured vehicle) was open and I remember looking out at the most wonderful, beautiful landscape, while outside, the sounds - the gunfire and smoke - was going on. So you had this complete contrast of the beauty and the beast.'