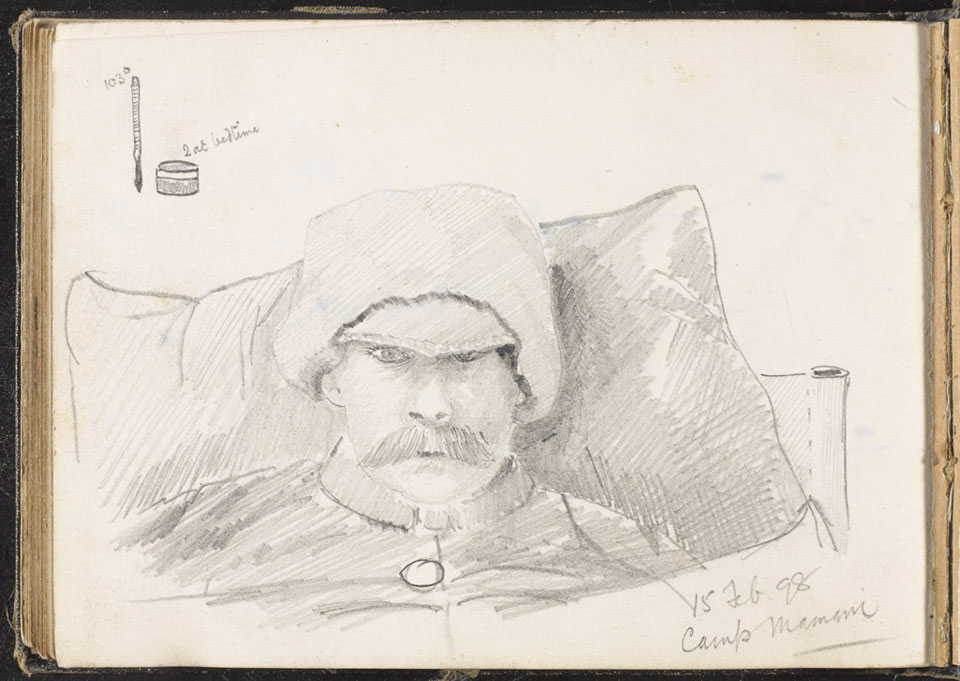 From a sketchbook of pencil and wash drawings by Captain (later Lieutenant-Colonel) Reginald Copleston Bond, 2nd Battalion The King's Own Yorkshire Light Infantry, 1898.

The sketch book includes scenes on campaign with the Tirah Expeditionary Force (1897-1898) on the North-West Frontier, including a sketch made during the Battle of Shinkamar showing the enemy positions and the positions of the King's Own Yorkshire Light Infantry, views of the Mamari and Barkai camps and a view of Imtarfa on Malta from the ramparts of Mdina, looking north to the Victoria lines.

Bond had been commissioned into The King's Own (Yorkshire Light Infantry) on 10 November 1888 and served with the Zhob Field Force on the North-West Frontier in 1890. Following his Tirah exploits, Bond saw active service in the Boer War (1899-1902), taking part in the advance on Kimberley, including the actions at Belmont, Enslin, Modder River and Magersfontein in November-December 1899. For his services in the campaign he was Mentioned in Despatches and created a Companion of the Distinguished Service Order ('The London Gazette', 27 September 1901).