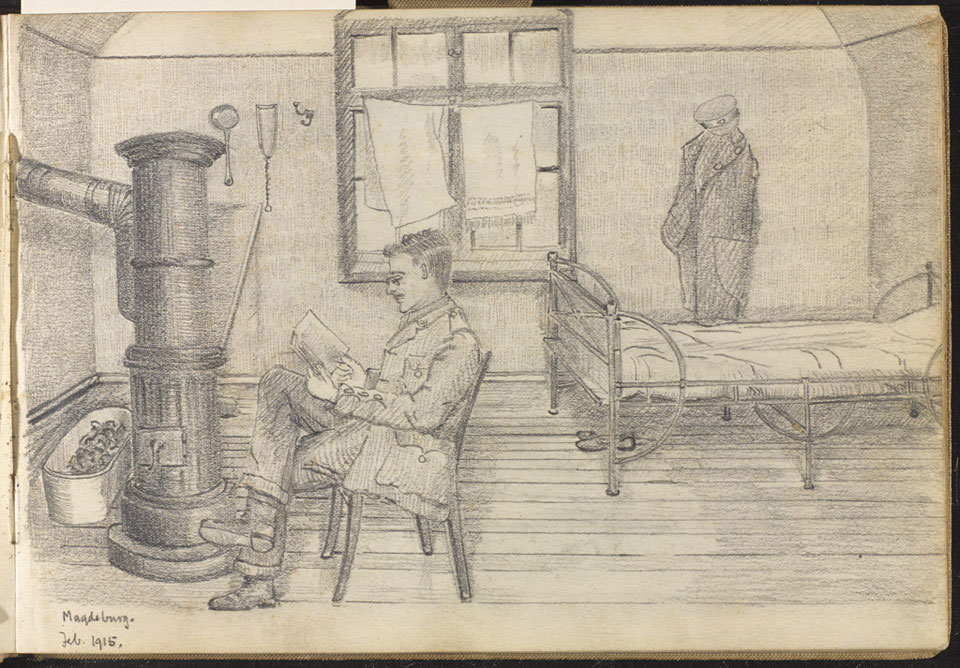 A British officer in his hut at Magdeburg camp, February 1915

Pencil drawing by Lieutenant-Colonel Reginald Bond DSO, 2nd Battalion The King's Own Yorkshire Light Infantry, from a sketchbook of drawings and paintings in pastel, watercolour, pen and ink.

Lieutenant-Colonel Bond was captured at Le Cateau on 26 August 1914. He arrived at Magdeburg prisoner of war (POW) camp in Saxony the following February. In the months that followed he completed a series of drawings and watercolours depicting his fellow British officers, along with Allied soldiers and the German camp guards.