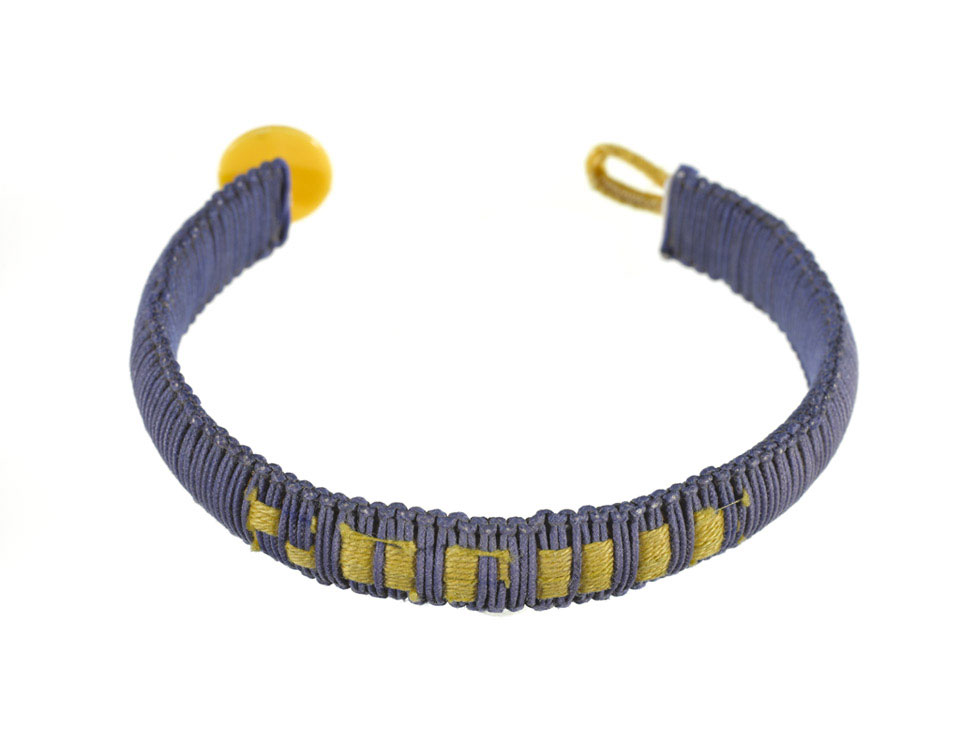 A Royal Engineers searcher, De Matos wore this bracelet during Operation HERRICK 13 (October 2010 to April 2011) in Afghanistan. Made of plastic and thread, the name 'Sophie' is woven through it in yellow thread. 'Sophie' was the name of De Matos' girlfriend and he paid an Afghan $5 to make it for him. He wore it as a lucky charm while he served in Afghanistan and he believed it worked because he walked over the Improvised Explosive Device (IED) that later killed one of his friends.