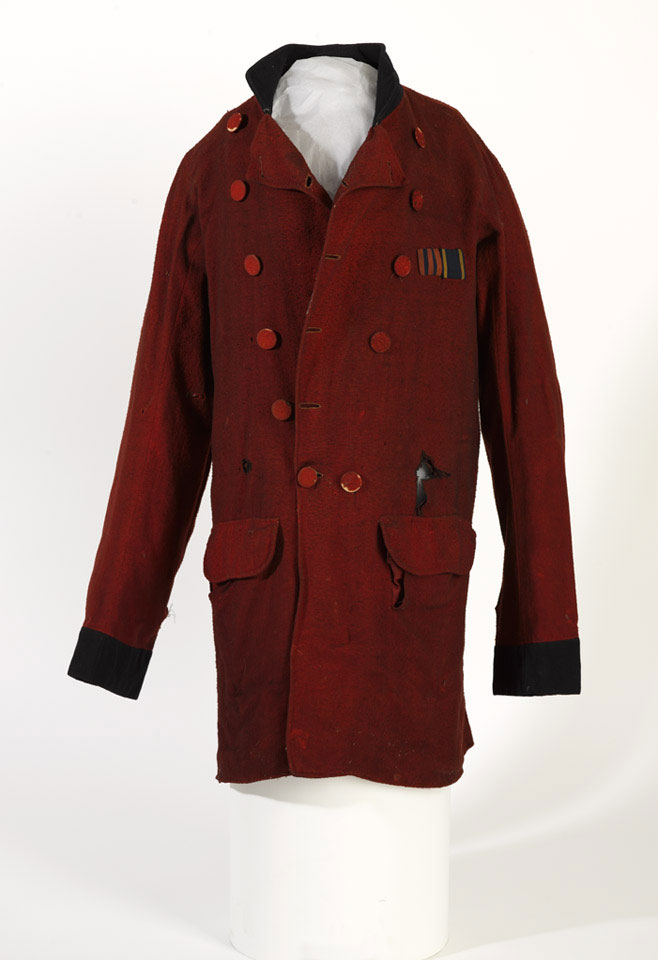 Clark was in England on the outbreak of the Indian Mutiny (1857-1859) and set out for India in July 1857. There he was attached to the 88th Regiment of Foot (Connaught Rangers) at Cawnpore, being unable to join his own regiment, the 2nd Bengal European Fusiliers, which was before Delhi. He was shot at point blank range through the stomach in a sortie from Cawnpore on 27 November 1857, leaving entry and exit wounds in this tunic.

Clark was returned as mortally wounded, but recovered and returned home in May 1858. The bullet had cut his gold watch chain, and the exit wound would not heal until a link of the chain with a scroll of lead adhering to it came away. He remained with the 2nd Bengal European Fusiliers after it became a Crown unit, the 104th Regiment of Foot (Bengal Fusiliers), and retired in 1879 with the rank of colonel. He died of stomach cancer in Suffolk on 28 March 1896, aged 69.

The left breast of his tunic bears medal ribbons for the Punjab Medal and the India General Service Medal.