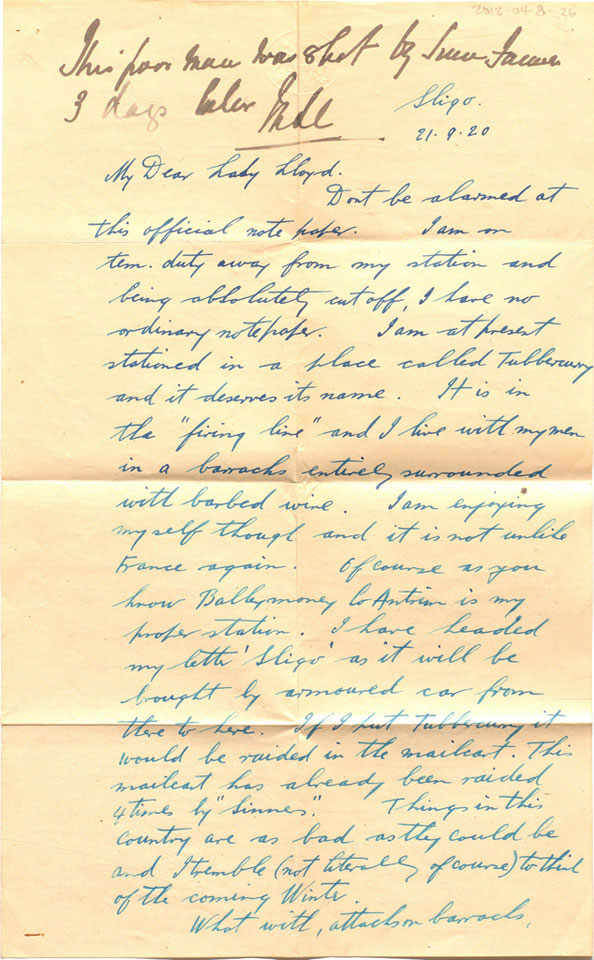 James Brady served with the Irish Guards during the First World War. On being demobilised he joined the Royal Irish Constabulary (RIC), just as the Irish War of Independence was breaking out.

In this letter Brady describes the conditions in the area around Tubbercurry, County Sligo, where he was posted. This was a time of escalating violence, and Brady expressed his fears for the future writing 'What with attacks on barracks, raids for arms, cutting off girls hair and shooting individuals by Sinn Feiners and then reprisals and shootings and burnings, there won't to be much left of this wretched island shortly'.

Brady was killed by the Irish Republican Army in an ambush just nine days later, on 30 September, just a day before he was due to be relieved.