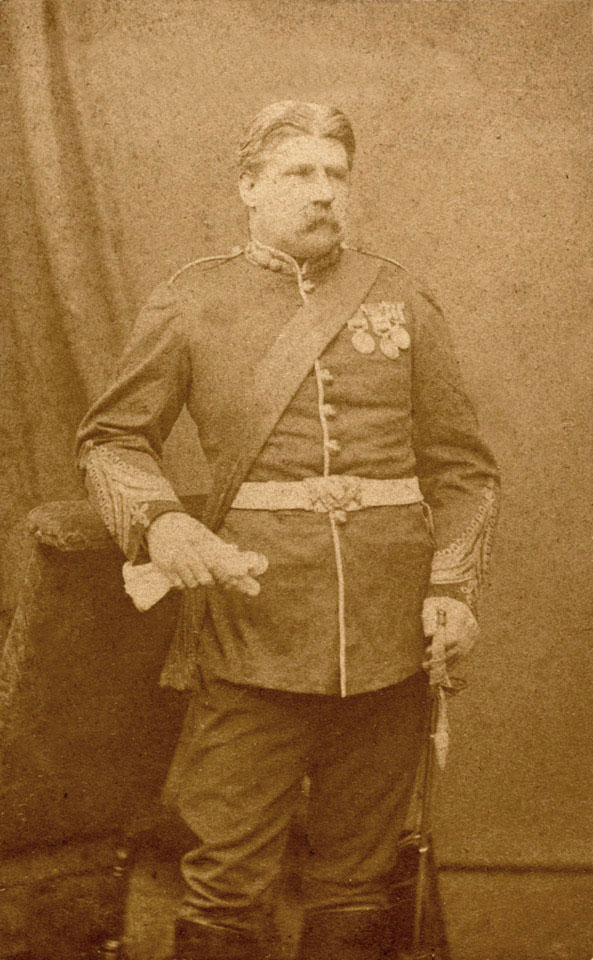 During the Indian Mutiny (1857-1859) Clarke, serving as a lieutenant with the 2nd Bengal European Fusiliers, was shot in the stomach at Cawnpore in November 1857. His comrades managed to get him back to a military hospital, but his condition was deemed beyond help.

However, Clark defied the odds. He survived not only his initial injury, but also the dire conditions in the hospital and the subsequent surgeries to remove fragments of his gold watch-chain, clothing and musket ball from his wound.

He remained with the 2nd Bengal European Fusiliers after it became a Crown unit, the 104th Regiment of Foot (Bengal Fusiliers), and retired in 1879 with the rank of colonel. He died of stomach cancer in Suffolk on 28 March 1896, aged 69.