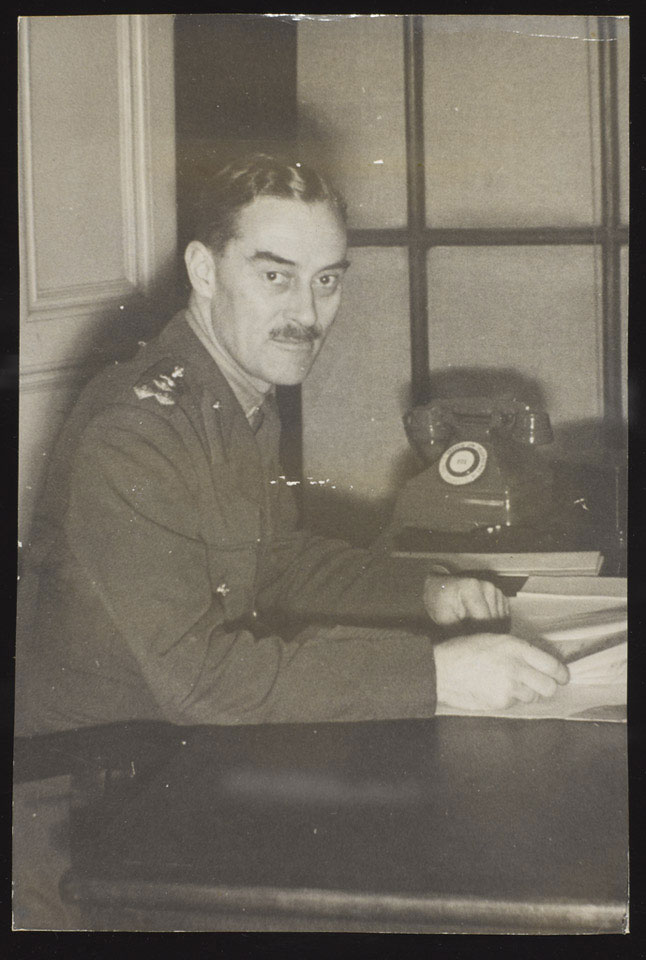 Aubertin Walter Southern Mallaby (1899-1945), served in the 2nd Punjab Regiment before becoming Deputy Director of Military Operations at the War Office in 1941. In 1943 he was appointed Director of Military Operations at Army Headquarters in India and the following year given command of the 49th Indian Brigade. Major-General Mallaby was killed in action at Surabaya in the Dutch East Indies (Indonesia) on 30 October 1945 following a clash with Indonesian nationalists.

One of four copy photographs.