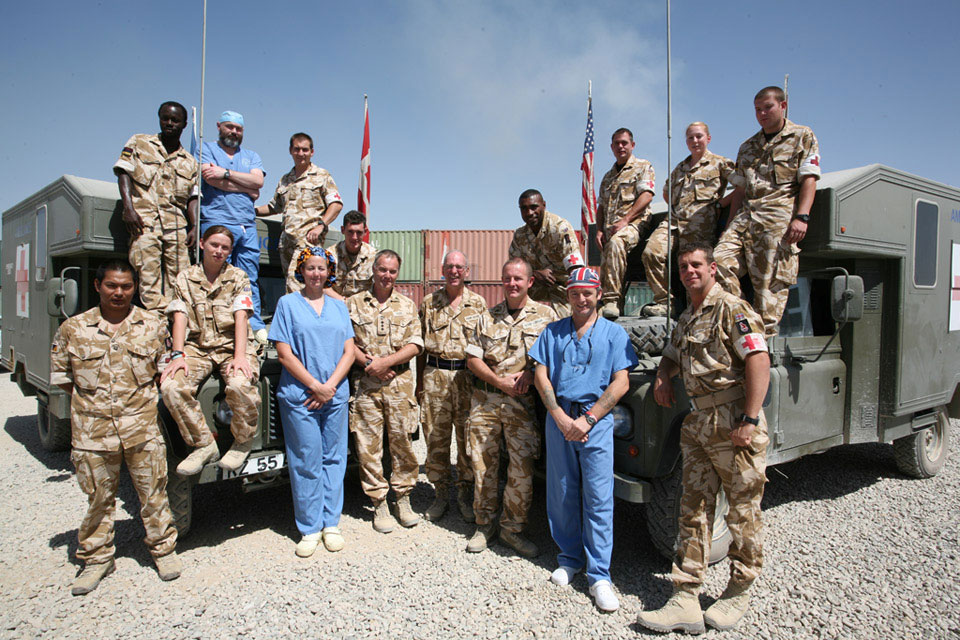 Established in April 2006, the Camp Bastion Hospital in Helmand Province was the main British medical centre in Afghanistan. During Operation HERRICK 8 (April-October 2008) it admitted 1,049 patients.

From a file of 542 digital photographs compiled by Lieutenant-Colonel Simon Orr, 2 Medical Regiment; relating to the treatment of casualties at Field Medical Posts, Camp Bastion Field Hospital and pre-deployment training.