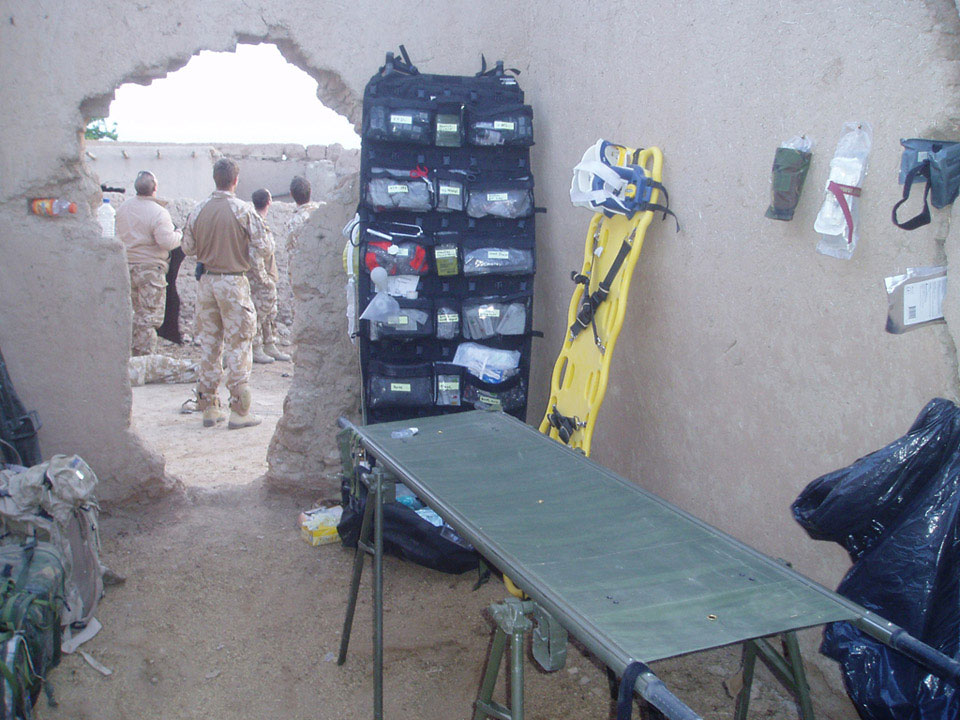 From a file of 542 digital photographs compiled by Lieutenant-Colonel Simon Orr, 2 Medical Regiment; relating to the treatment of casualties at Field Medical Posts, Camp Bastion Field Hospital and pre-deployment training.