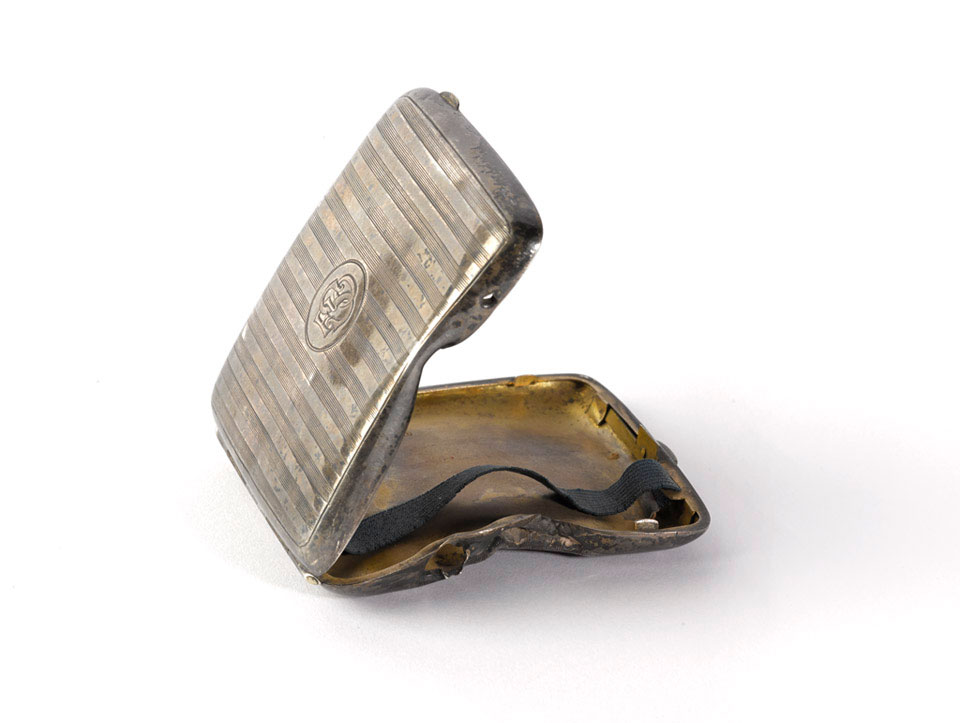 This sterling silver case was pierced by shrapnel at Thiepval on the first day of the Battle of the Somme (1916). Skidmore was hit in the chest but his wound would have been more serious, possibly fatal, if the force of two pieces of shrapnel had not been partially arrested by the butt of his pistol and this cigarette case.

Frank Oswald Skidmore joined the Staffordshire Yeomanry as a volunteer in August 1914 and then in November of that year was commissioned into the South Staffordshire Regiment as a second lieutenant. After training he was posted to 2nd Battalion The King's Own Yorkshire Light Infantry and joined them in July 1915 on the Somme front.

Skidmore was evacuated back to England. Once recovered from his wounds, he was promoted to lieutenant and transferred to the Heavy Branch Machine Gun Corps. He joined them in France in June 1917 and was wounded again near Ypres in November 1917 with a gunshot wound to the arm. Evacuated again, he recovered and returned to France with the 2nd Salvage Company in February 1918. He served with them on the Western Front for the rest of the war and was demobilised in July 1919 with the rank of acting major.