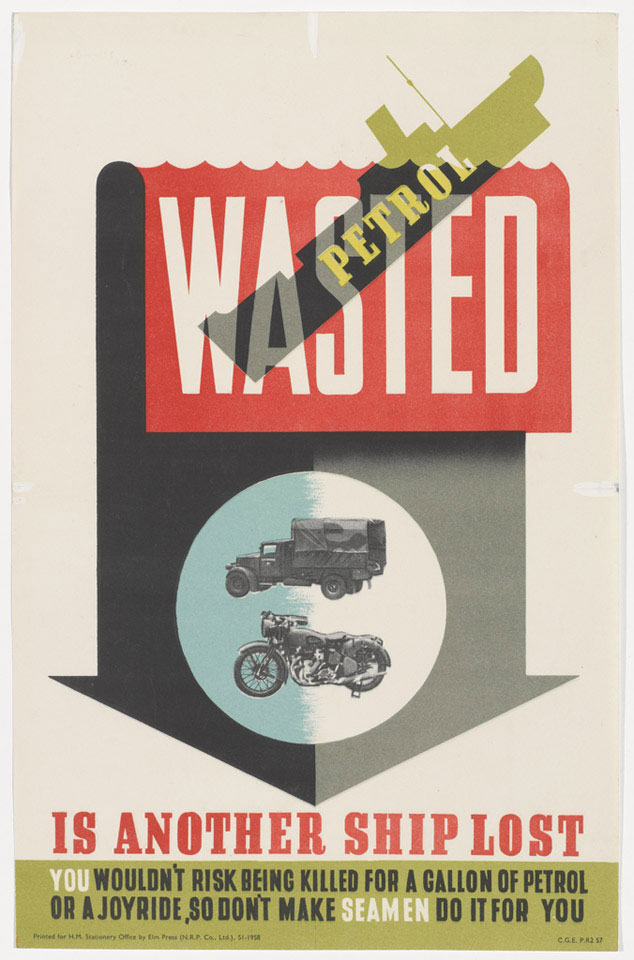 As Official War Artist Games produced about 100 extraordinary posters for the British Army, ranging in theme from recruitment, through to personal hygiene and post-war re-training. This poster instructs soldiers not to waste petrol that has been carried across the sea by the merchant navy. The accompanying text reads, 'You wouldn't risk being killed for a gallon of petrol or a joyride, so don't make seamen do it for you'.