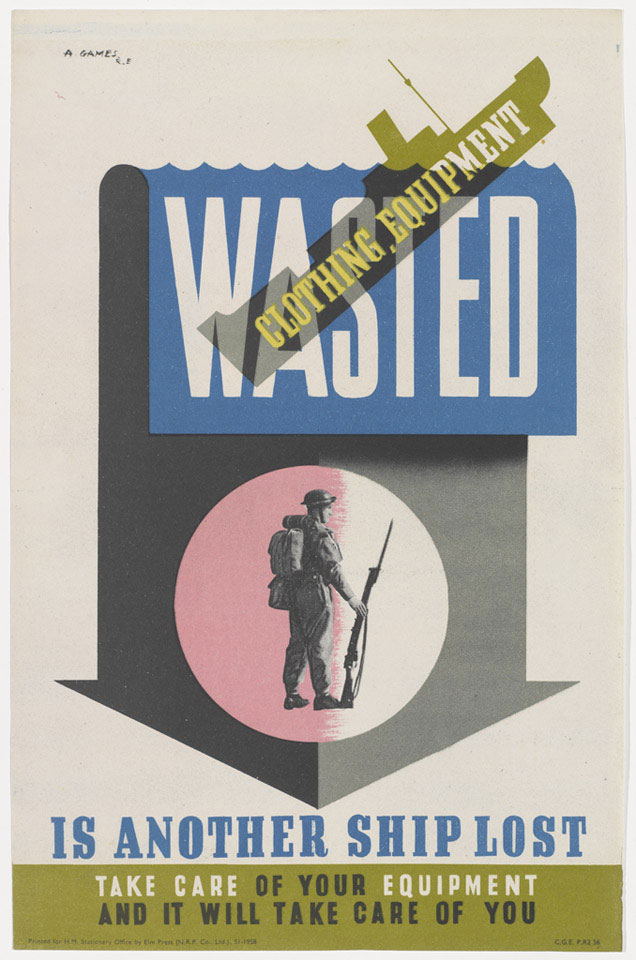 As Official War Artist Games produced about 100 extraordinary posters for the British Army, ranging in theme from recruitment, through to personal hygiene and post-war re-training. This poster instructs soldiers to look after their equipment and not to waste it. The text states: 'Take care of your equipment and it will take care of you'.

Waste in peacetime costs money; in war it costs lives. Rationing was introduced in 1939 to reduce the quantity of imports. This freed up the Merchant Navy to keep the country supplied with raw materials, arms, ammunition and other vital supplies. During the war, 36,749 seamen died due to enemy action.