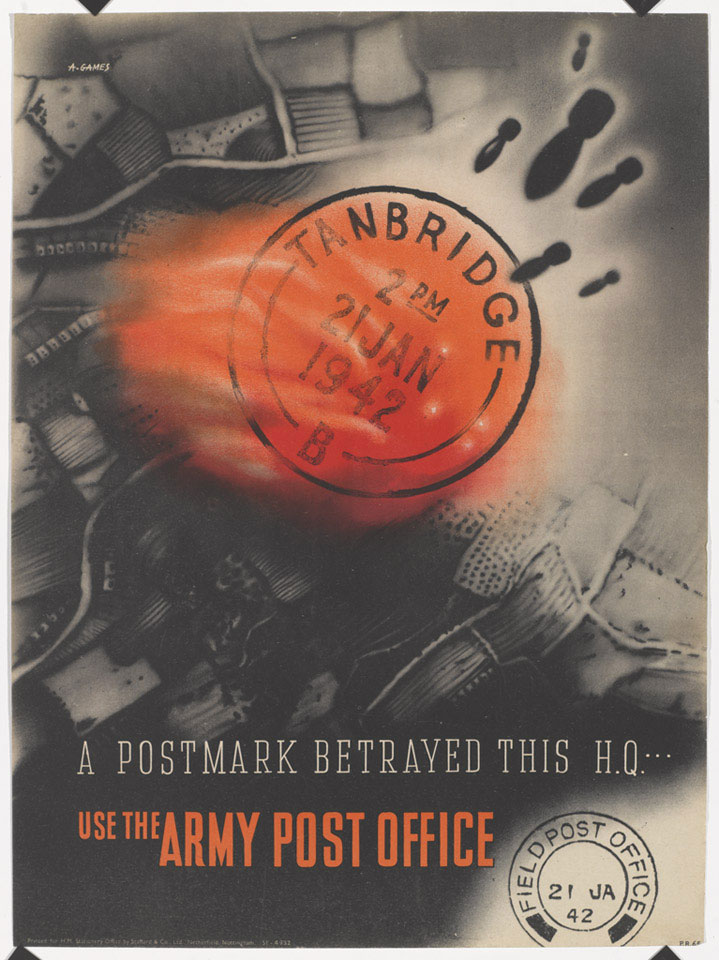 'A Postmark Betrayed this HQ. Use the Army Post Office', 1942

The Controller of Publicity at the General Post Office, Alexander Highet, was renowned for being precise when he commissioned posters for the Post Office. When he saw this poster by Games, with an 'imaginary' postmark, he argued that it breached Post Office regulations.

As Official War Artist Games produced about 100 extraordinary posters for the British Army, ranging in theme from recruitment, maintaining security through to personal hygiene and post-war re-training.