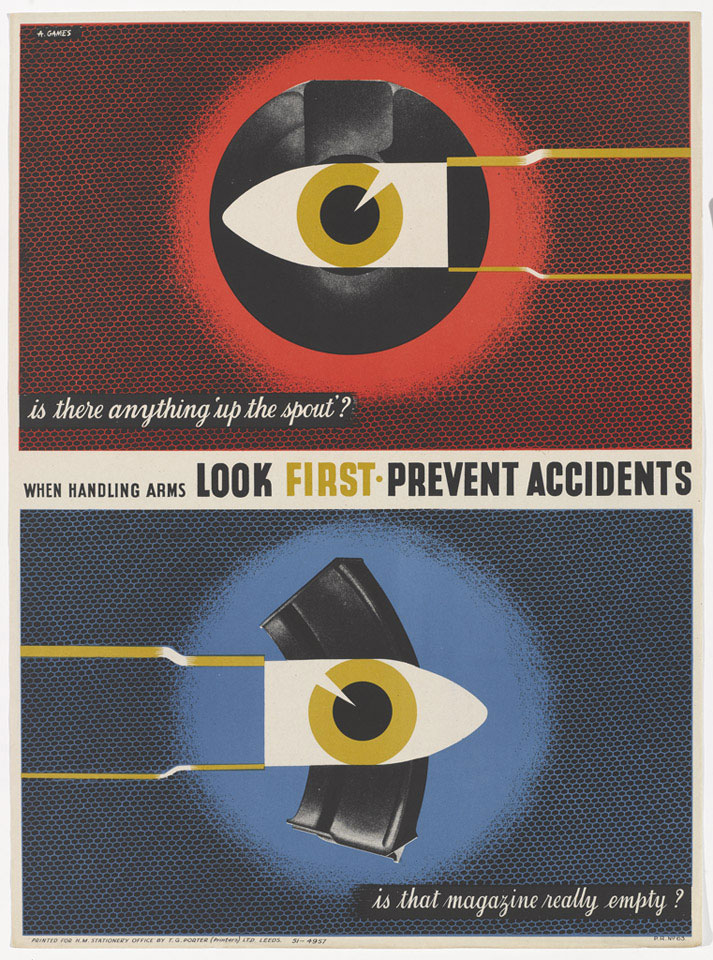 As Official War Artist Games produced about 100 extraordinary posters for the British Army, ranging in theme from recruitment, through to personal hygiene and post-war re-training. This poster warns soldiers to check that their weapon is empty and safe. The text reads, 'is there anything 'up the spout'?' and 'is that magazine really empty?'