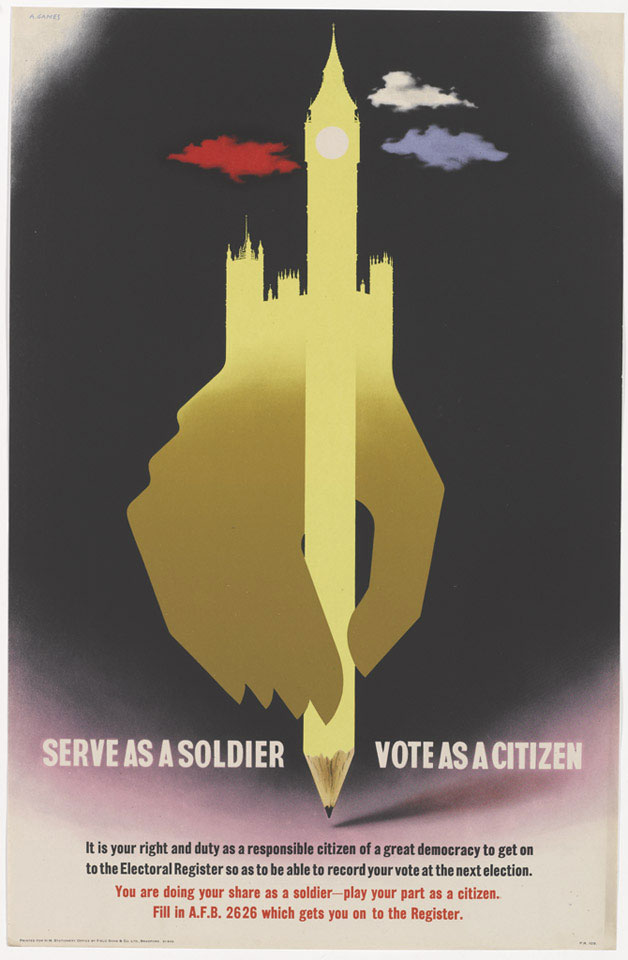 This poster was issued to encourage soldiers to vote in the 1945 General Election. By the date of the election, the Allies were close to victory and the Labour Party was elected with a landslide majority. A majority of soldiers voted Labour and supported that party's proposed social reforms. They feared a return to the unemployment and homelessness that many veterans of the First World War had endured. They also associated the Conservatives with the economic depression of the 1930s and the failed foreign policy of appeasement.