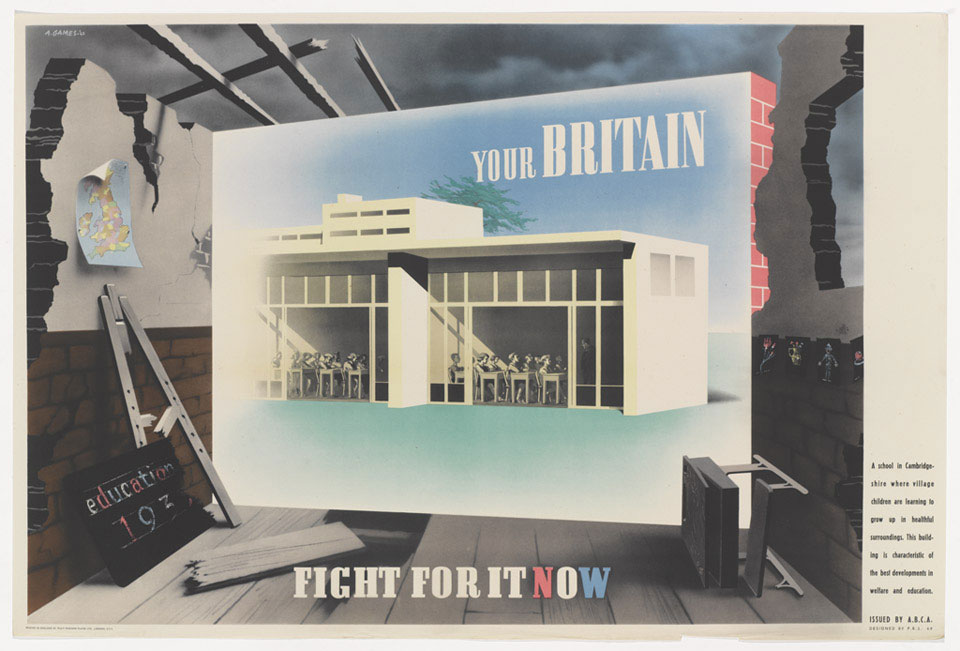 Set up in 1941, the Army Bureau of Current Affairs (ABCA) aimed to raise the morale of British soldiers through education. Soon considered an integral part of Army training, the programme of activities organised by ABCA aimed to empower soldiers with the weapon of knowledge.

ABCA also promoted the idea that British society could be reformed after the war, which aligned with Games's socialist idealism. Some politicians claimed that ABCA indoctrinated soldiers to vote Labour in the 1945 general election.

In this, Games's first poster for the series, he focused on education. He featured a modern school in Cambridge, Impington Village College, surrounded by the debris of an old school. It was designed by Walter Gropius, founder the Bauhaus School of Architecture, and his partner Maxwell Fry, and had opened in 1939.