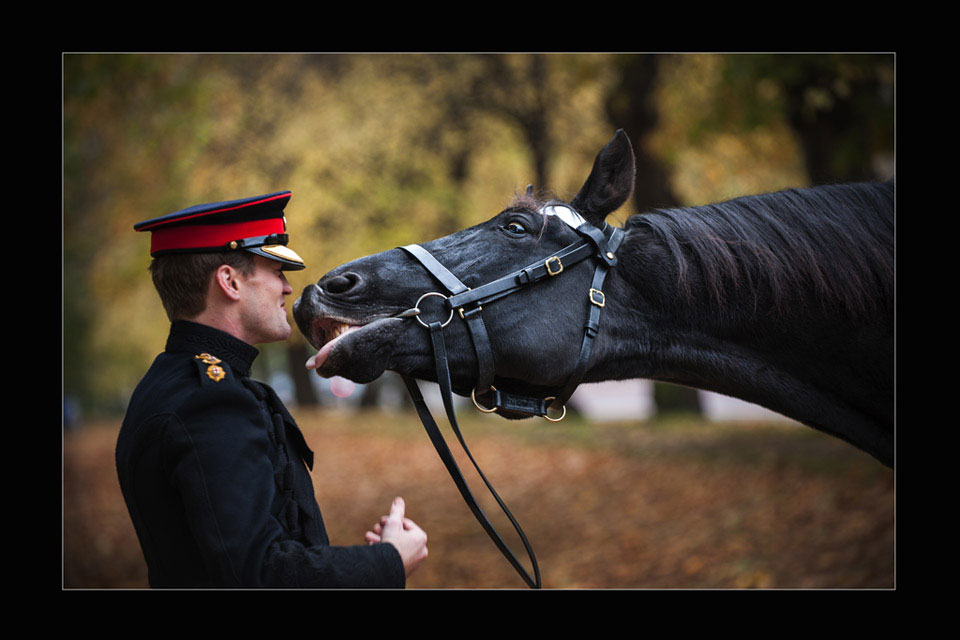 This image was Runner Up in the Pro Portfolio Army Photographic Competition in 2013. It depicts 'Thomas', a 22-year-old gelding, and one of the oldest horses in the Household Cavalry, with Captain Charlie Fitzroy. Famous for giving kisses to the men of the Life Guard Squadron in his stables at Hyde Park Barracks, 'Thomas' retired (following 19 years service) shortly after this photograph was taken.

When offered a polo or apple 'Thomas' delivered huge sloppy kisses in gratitude for his treat. He served on numerous state occasions including the Golden Jubilee (2002), the Royal Wedding (2011), Diamond Jubilee (2012) and London 2012 Olympics.