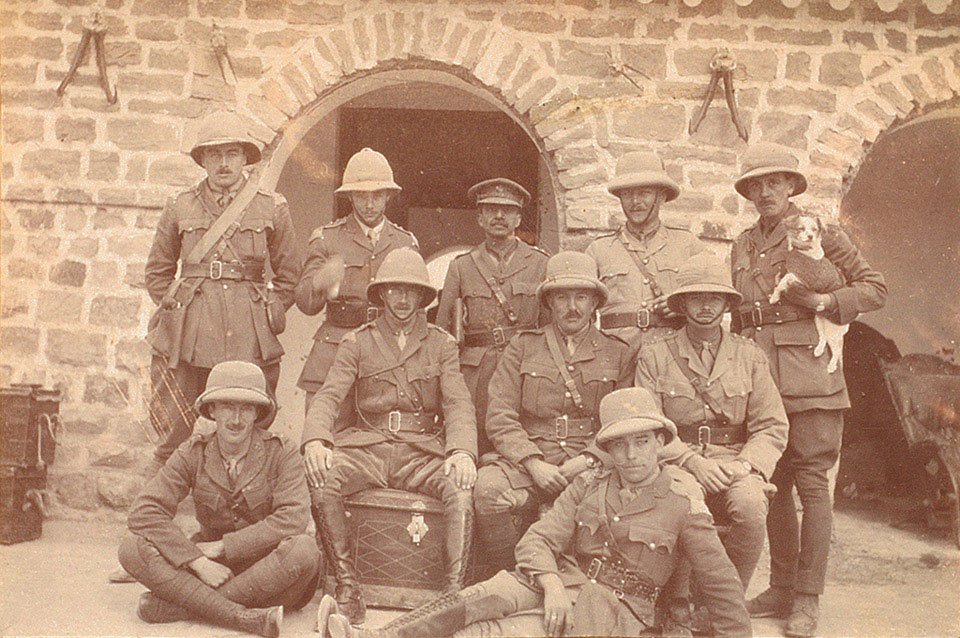 Officers of the 28th Light Cavalry at Meshed, 1918

The 28th Light Cavalry served in Persia from June 1915 until September 1918 when they moved north into Transcaspia to bolster British interests and resist Bolshevik, German and Turkish influence in the region.

From an album of 156 photographs owned by 2/Lt Robert Francis Thomson, King's Own Scottish Borderers, attached to 28th Light Cavalry, 1915-1918.