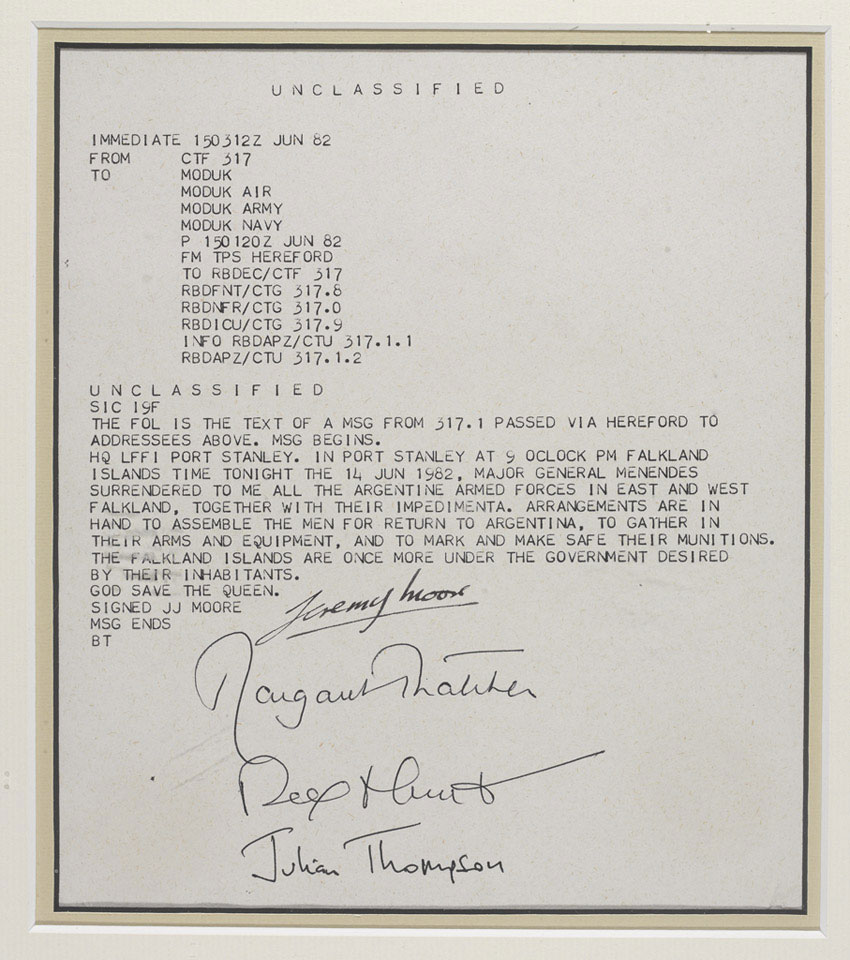 The signal, marking the end of the Falklands War (1982), is based in part on a similar surrender signal sent to Winston Churchill by Field Marshal Montgomery from North West Europe in May 1945. It was donated by ex-Prime Minister Margaret Thatcher to a charity auction at the ball in 1999 launching the British Forces Foundation. Its buyer had it signed by Thatcher, Sir Rex Hunt, the governor of the Falklands at the time of the invasion, Major-General Sir Julian Thompson who commanded 3 Commando Brigade and Major-General Sir Jeremy Moore the commander of British land forces during the conflict.