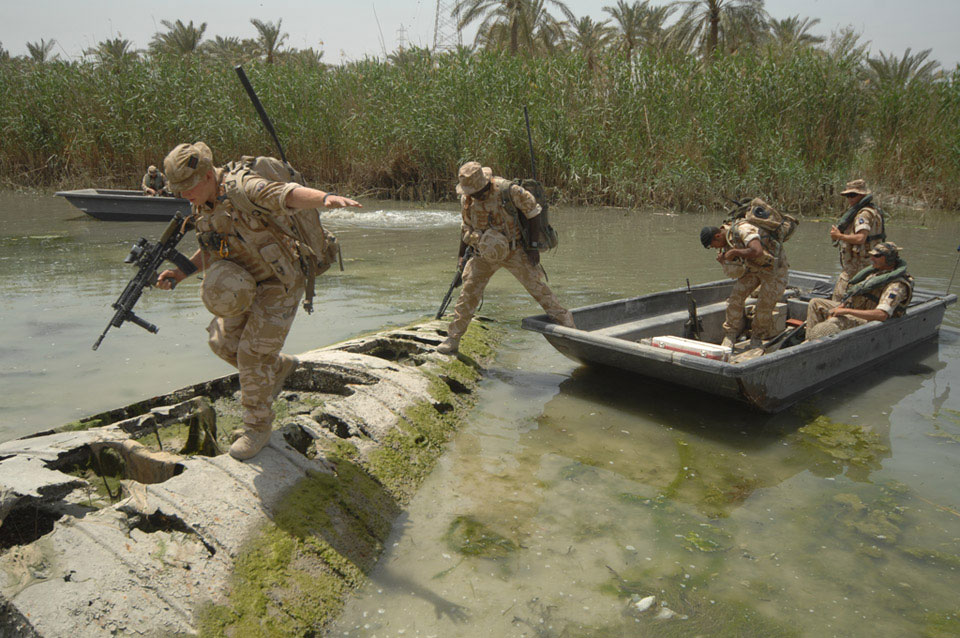 Soldiers from A Company 5th Battalion the Rifles mount a patrol from Forward Operating Base (FOB) Oxford, Iraq, 2009

FOB Oxford, situated near to Basra International Airport, was established on a tiny island surrounded by waterways. As British Army operations in Iraq drew to a close in 2009 a platoon of 5th Battalion The Rifles were tasked with patrolling the area in order to deter attacks on the airport and to disrupt insurgent smuggling routes.