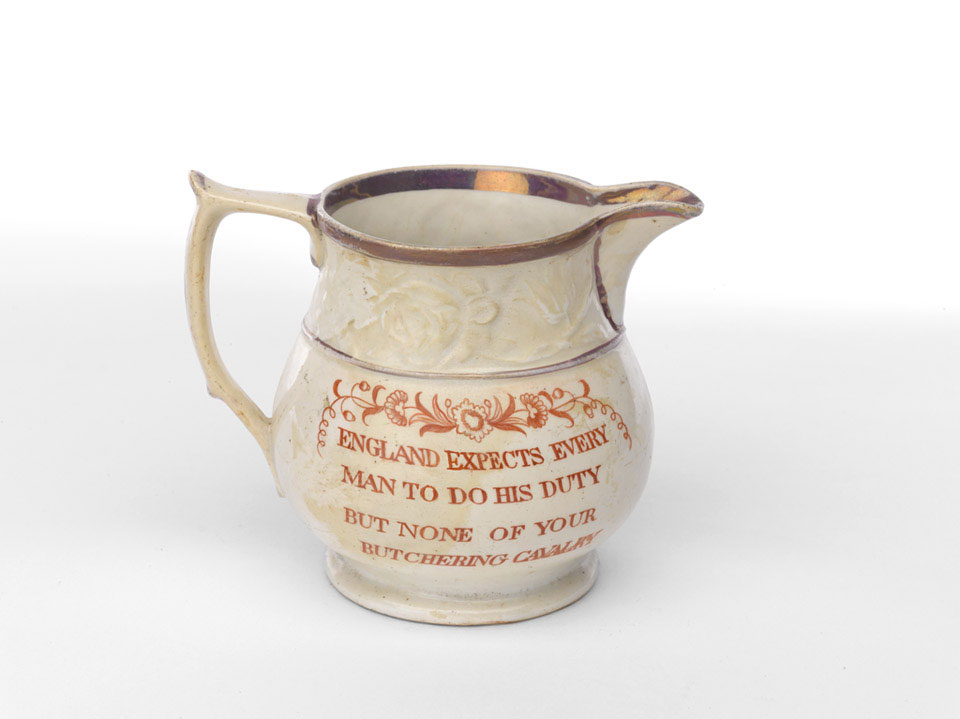 This jug was made just after the Peterloo massacre of 1819. It is inscribed 'Bad luck to the Manchester Butchers' and 'England Expects Every Man to Do His Duty But None of Your Butchering Cavalry' in reference to the mounted yeomanry and hussars who were called upon to suppress the crowd.

The portrait on the jug is of Henry 'Orator' Hunt, a politician who is remembered as a pioneer of working-class reform. His speeches had the effect of mobilising large sections of communities not represented in Parliament, and he was invited to speak at the rally that became the Peterloo Massacre in August 1819. For his part in the agitation, he was arrested, convicted and sentenced to two years in prison.

Peterloo was one of the first major political events to be commemorated on transfer-printed pottery, a technique which meant that collectibles could be mass-produced relatively cheaply for a growing market of workers.