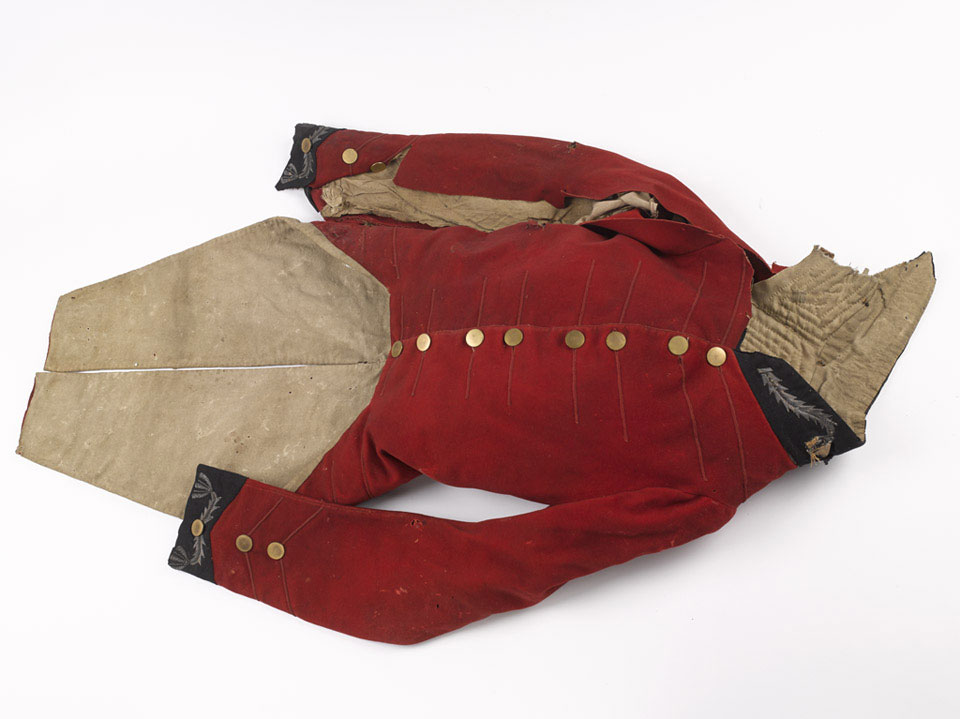 Thomas Noel Harris was a career soldier who claimed to have fought in 30 major battles and many more skirmishes. He was born in 1785, and joined the Army as an ensign in the 87th Regiment of Foot in 1801. He became a lieutenant in the 52nd Regiment of Foot in 1802 before purchasing a captaincy in the 18th Light Dragoons in 1807. Having been refused a transfer to half-pay he sold his commission and retired due to ill health.

However, he rejoined the Army in 1811 as a cornet in the 13th Light Dragoons and as promoted to a lieutenancy in the 18th Light Dragoons, with whom he served in the Peninsular War from 1811-1813.

From Spain he was sent to Germany where he served as ADC to Sir Charles Stewart (later the Sir Charles Vane, 3rd Marquess of Londonderry). He was present at the battles of Grossbergen (or Grossbeeren) on 23 August 1813, Dennewitz on 6 September 1813 and Leipzig 16-19 October 1813, where he distinguished himself in particular and drew praise from Vane in his narrative of the campaign.

Harris was attached to the staff of the General Blücher from late 1813 to early 1814 and reportedly received a gold ring and the feathers from his hat as a token of Blücher's esteem.

Harris became a national hero in April 1814 when he reached London carrying dispatches with news of the capitulation of Paris and Napoleon's abdication. He had reputedly ridden 400 miles without rest, fighting off attempts to rob and murder him by bands of allied soldiers. His feat was reported in all the London papers.

In April 1815 Harris was appointed Brigade-Major to the 18th Hussars under Sir Richard Hussey Vivian. He was at the Duchess of Richmond's ball on 15 June wearing this coat when news of Napoleon's advance broke, and he immediately set off to rejoin his regiment. He fought at both Quatre Bras and Waterloo while wearing it.

At Waterloo, Harris had two horses shot from under him. Late in the battles, whilst leading a squadron of the 18th Hussars in a charge, he was shot in the chest and arm. He lay wounded on the field overnight, and was only found the next morning by his cousin from the 10th Hussars who was searching the battlefield for his body. He was taken to Hougoumont and the surgeon cut open the sleeve of the coat and amputated his right arm above the elbow. The other musket ball stayed lodged in his chest for the rest of his life. Despite the loss of his arm, he continued to hunt and shoot.

Harris became a Lieutenant-Colonel in 1823, was appointed Inspecting Field-Officer of Militia in Nova Scotia and then Surveyor-General at Halifax, Nova Scotia. He retired on half pay in 1830 and returned to the UK in 1832 where he became assistant Adjutant-General in Dublin. He then retired fully in September 1834 and became Chief Magistrate in Gibraltar. The heat affected his second wife, whom he married in 1838, so he resigned and returned to England. In 1840 he was made a Groom of the Privy chamber to Queen Victoria who knighted him in 1841 for military services.

He served as Deputy Lieutenant of Kent and died in 1860.