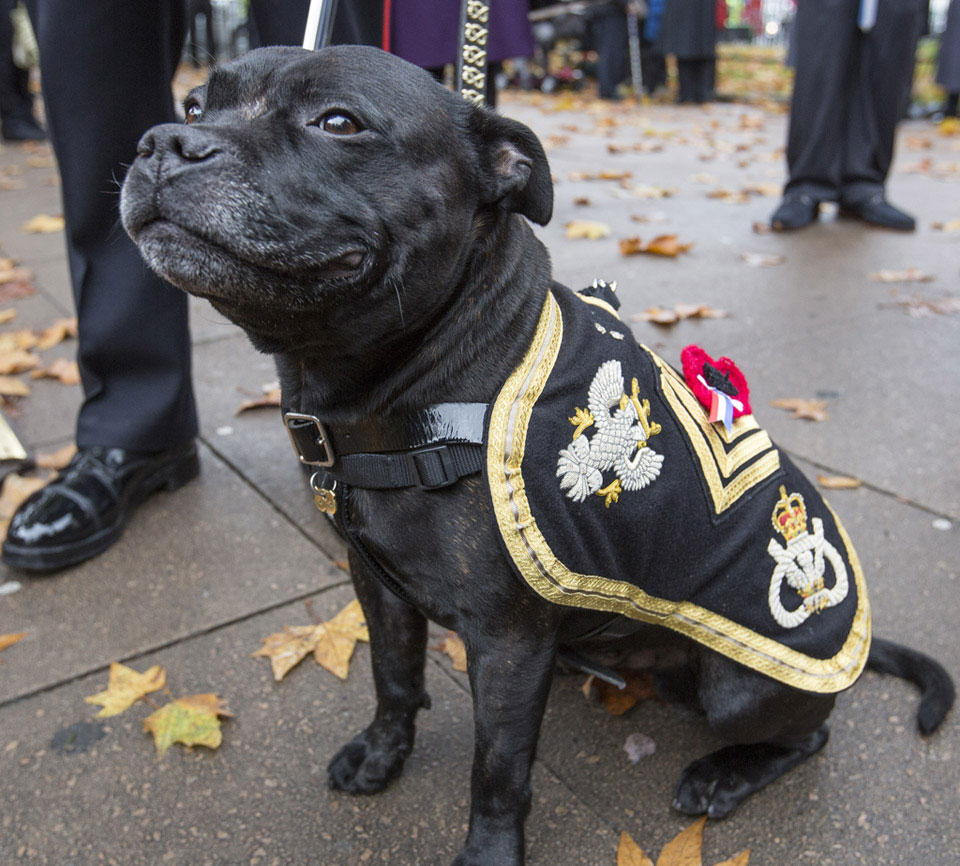 'Watchman', the mascot of the Staffordshire Regiment, Westminster Abbey, 2015