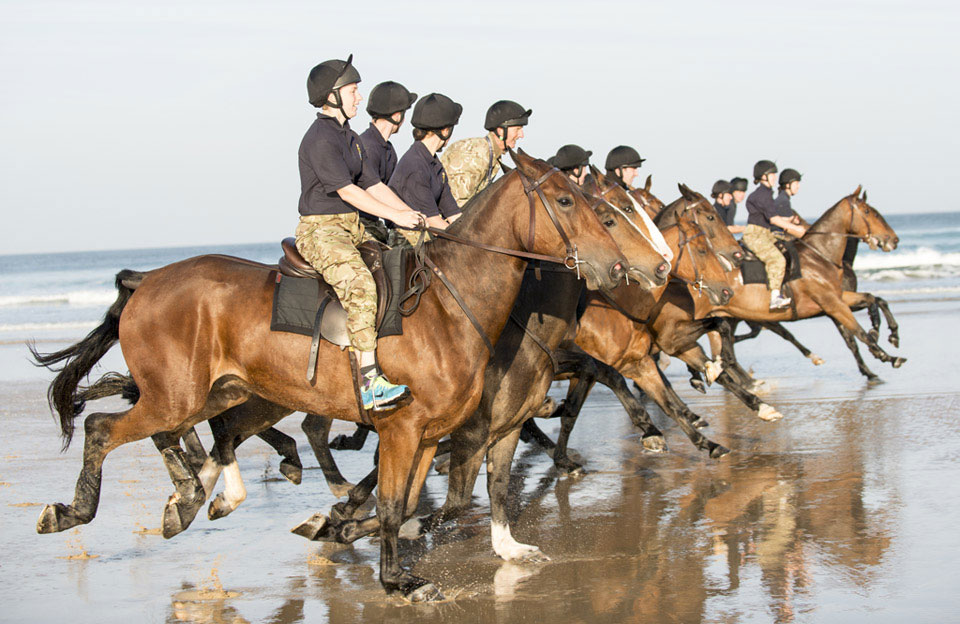 Men and women of Centre Section, King's Troop Royal Horse Artillery, on a break from ceremonial duties, undertake training on Watergate Bay Beach in north Cornwall. Not all the horses are used to the shifting sands and rough sea and so exercising on the beach helps to build trust and confidence between horse and rider. This, in turn, helps to prepare the animals for unpredictable events that may arise during their ceremonial duties in London.