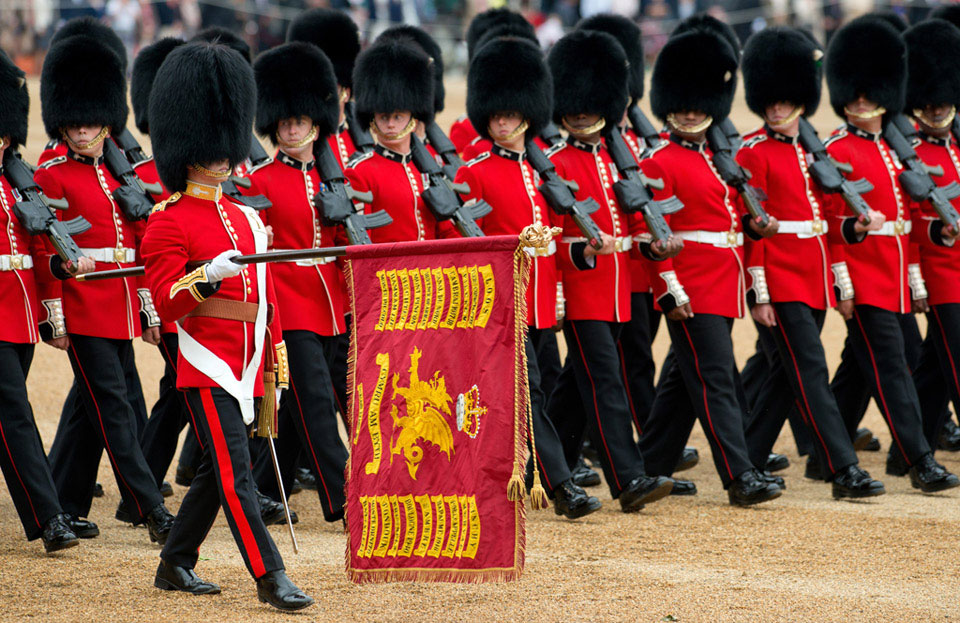 The Colours of the Welsh Guards being presented to HM The Queen, 13 June 2015

The Queen's Birthday Parade, more popularly known as Trooping the Colour, takes place on Horse Guards Parade in London. It features soldiers from the Household Division - consisting of Foot Guards, The King's Troop, Royal Horse Artillery and the Household Cavalry. It is a highlight of the British ceremonial calendar.