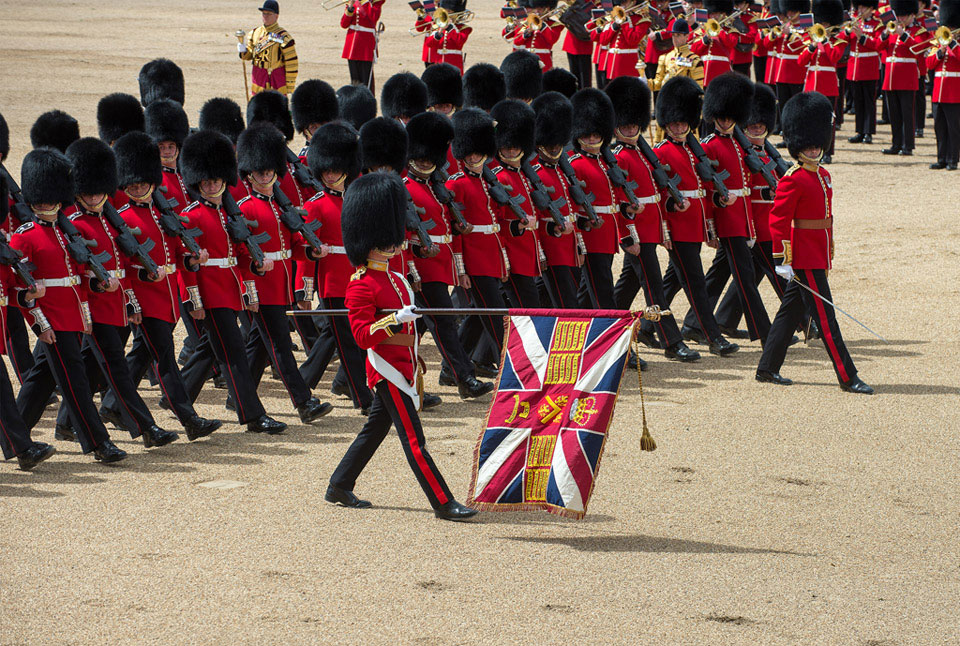 The Colours of the Welsh Guards being paraded past The Prince of Wales, 6 June 2015

Over 1000 soldiers, more than 350 musicians and almost 250 military horses performed the Colonel's Review under the expert eye of the Prince of Wales on Horse Guards Parade. The Prince was celebrating 40 years as the Regimental Colonel of the Welsh Guards who were also celebrating their centenary that year.

From a collection of photographs compiled by Sgt Rupert Frere, Royal Logistic Corps, primarily of British Army units involved in ceremonial duties in London in 2015.