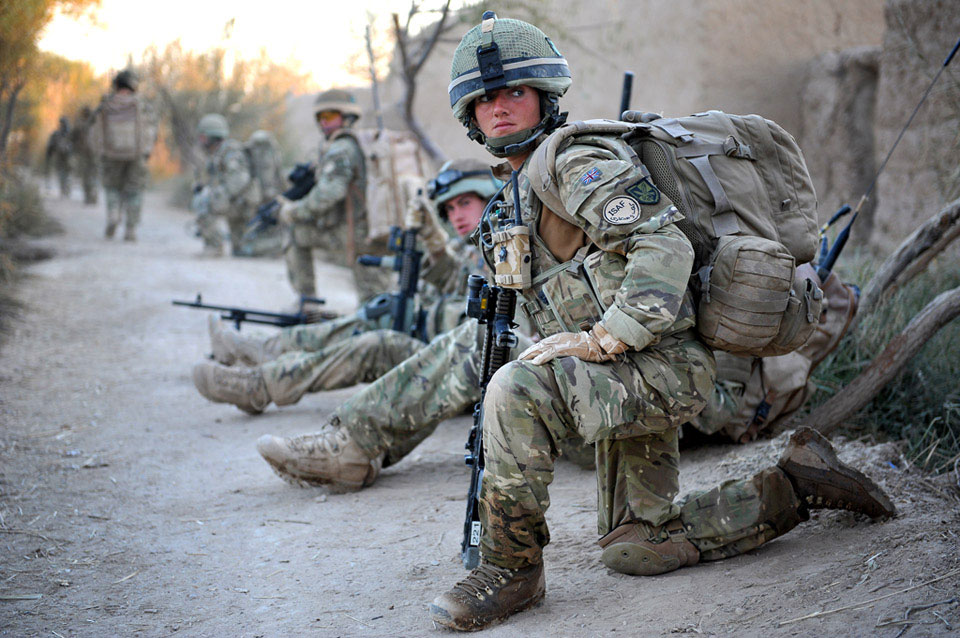 A private from the Royal Army Medical Corps on patrol with A Company, 1 Royal Irish Regiment near Patrol Base Kalang, Helmand, Operation HERRICK, Afghanistan, 2010.